Harry Potter: Hogwarts Mystery invites you to live your own Hogwarts story – and this Valentine’s Day, players can expect a new update involving matters of the heart.

Beginning the 16th of February, the mobile game will invite players to go on dates whenever they like as a new permanent part of gameplay.

Romance was originally introduced in 2019 during a special in-game time-limited side quest event called the Celestial Ball, but now, backed by popular demand (2.9 million of you have gone on dates in the game!) the feature will be here to stay.

For players who have reached Year 4, the update will include a new ‘Romance’ tab in players’ Friendship log, driven by points earned through gameplay, and you can even achieve ‘relationship milestones’ through side quests and activities. You’ll be able to go exclusive with an original character of your choice – or if the sparks are sadly not flying – you can break up with them too.

Players in the game who are in Year 5 and above will also receive an additional romantic treat: watch out for a new time-limited side quest to jazz up a special Hogwarts Valentine’s Day dance. While you’re at it, maybe you’ll get the chance to play Cupid between Madam Pince and Argus Filch...?

You can watch the trailer for the new dating feature and the Valentine’s update right here.

It is the first Valentine’s Day for the Harry Potter: Puzzles & Spells mobile game, which launched last year! To get you in the romantic mood, the game is introducing a new event called Amortentia Adoration, inspired by the wizarding world’s most powerful love potion. 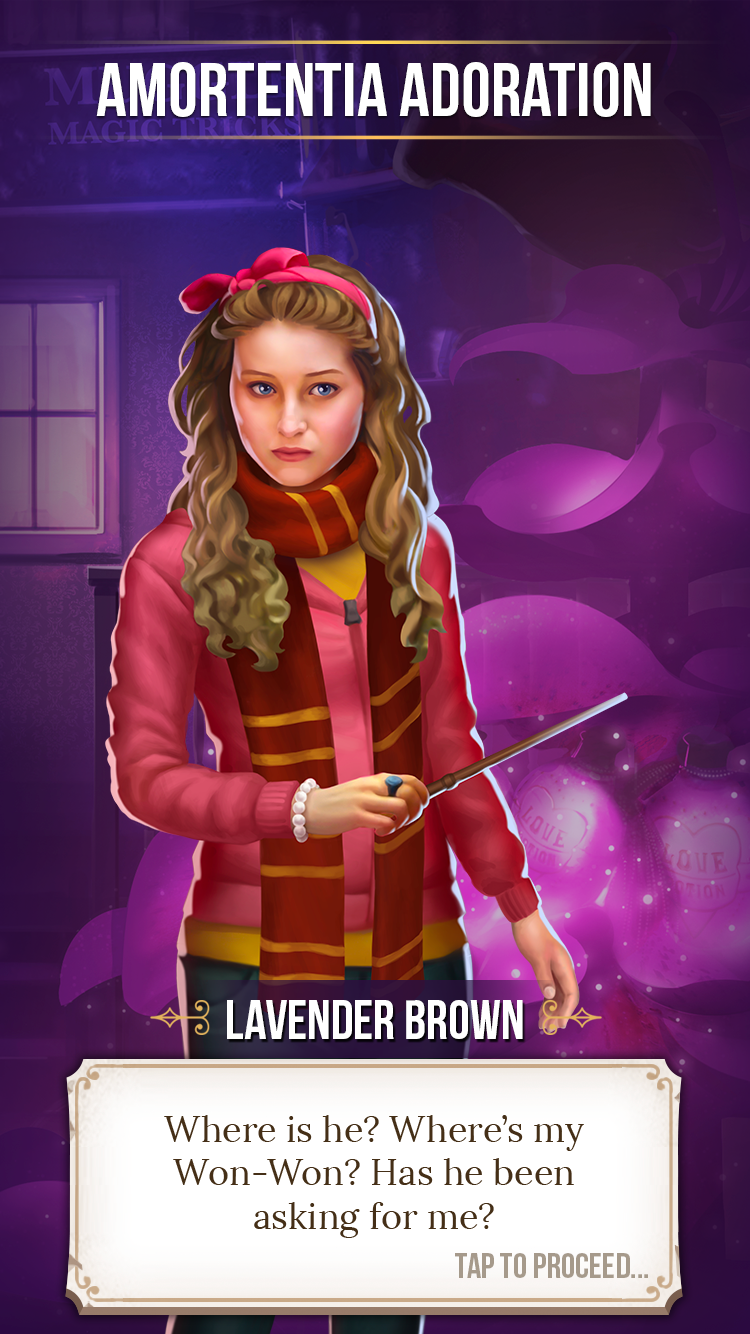 Lavender Brown will welcome you into the event where you are tasked with collecting – what else? – vials of Love Potion. We all know Lavender Brown is an old romantic at heart. Simply collect enough Love Potions within the Match-3 puzzles to earn a special reward.

Harry Potter: Hogwarts Mystery and Harry Potter: Puzzles & Spells are published under Portkey Games, the games label dedicated to creating new Wizarding World mobile and videogame experiences that place the player at the centre of their own adventure. Keep checking back for more games updates when we have them!

Learn more about Portkey Games at the official website.