Update: you can now check out the Royal Mint's latest release, celebrating the Hogwarts Express! This is the first time the iconic steam train has appeared on a United Kingdom coin. 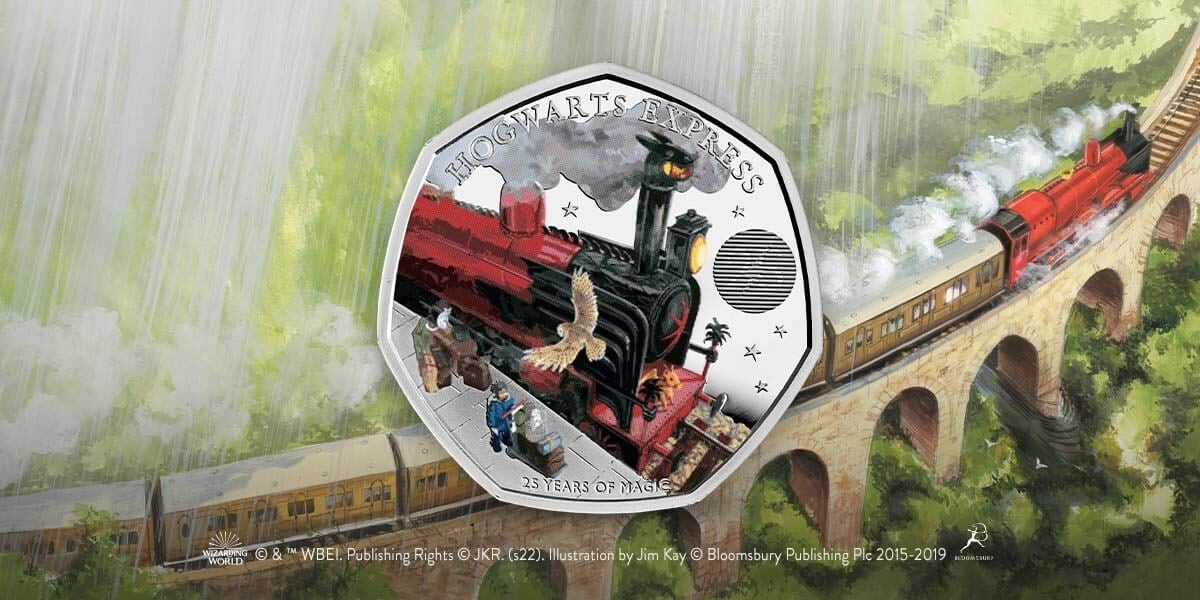 When it comes to coinage, the Wizarding World might have Gringotts, but we Muggles have The Royal Mint – one of Britain's oldest organisations, with over 1,100 years' experience making coins.

Beginning this month, The Royal Mint is releasing a new collection of UK coins to commemorate the 25th anniversary of Harry Potter and the Philosopher’s Stone.

Each coin in the set will feature a much-loved character based on the work of artist Jim Kay, who was commissioned in 2015 by publishers Bloomsbury to create the first fully-illustrated edition of J.K. Rowling’s classic story. The first coin in the series depicts Harry Potter himself, and is available to buy on The Royal Mint website now.

No, we’re not Knuts: this is real Muggle money we’re talking about.

In total, the collection will include four coins, each depicting a different scene or character from Harry Potter and the Philosopher's Stone – including The Hogwarts Express, Dumbledore, and Hogwarts itself.

The first two coins in the collection will feature the portrait of Her Late Majesty, and the final two coins will display the official portrait of King Charles III. The collection is expected to be in high demand, as it is amongst a very few series to include both royal portraits

The Harry Potter design is available on a range of denominations, including 50p. Modelled by The Royal Mint Designer Ffion Gwillim based on Jim Kay's illustrations, it's the first of the four designs to be released, with others set to follow in the coming weeks.

For more information on the collection, visit the Royal Mint website.