Written byThe Wizarding World Team
Published on Nov 16th 2021
OnOn 1st January, get ready for something very special…a retrospective show that celebrates 20 years since Harry Potter and the Philosopher’s Stone first hit the big screen! Get a first look at the show here.

With lots of new and exciting things happening in the Wizarding World, now is the perfect time to sign up to the Harry Potter Fan Club.

Fans around the world will be able to watch Daniel Radcliffe, Rupert Grint and Emma Watson head back to Hogwarts in this special, with fellow cast and crew members, to celebrate this momentous anniversary of the first Harry Potter film. 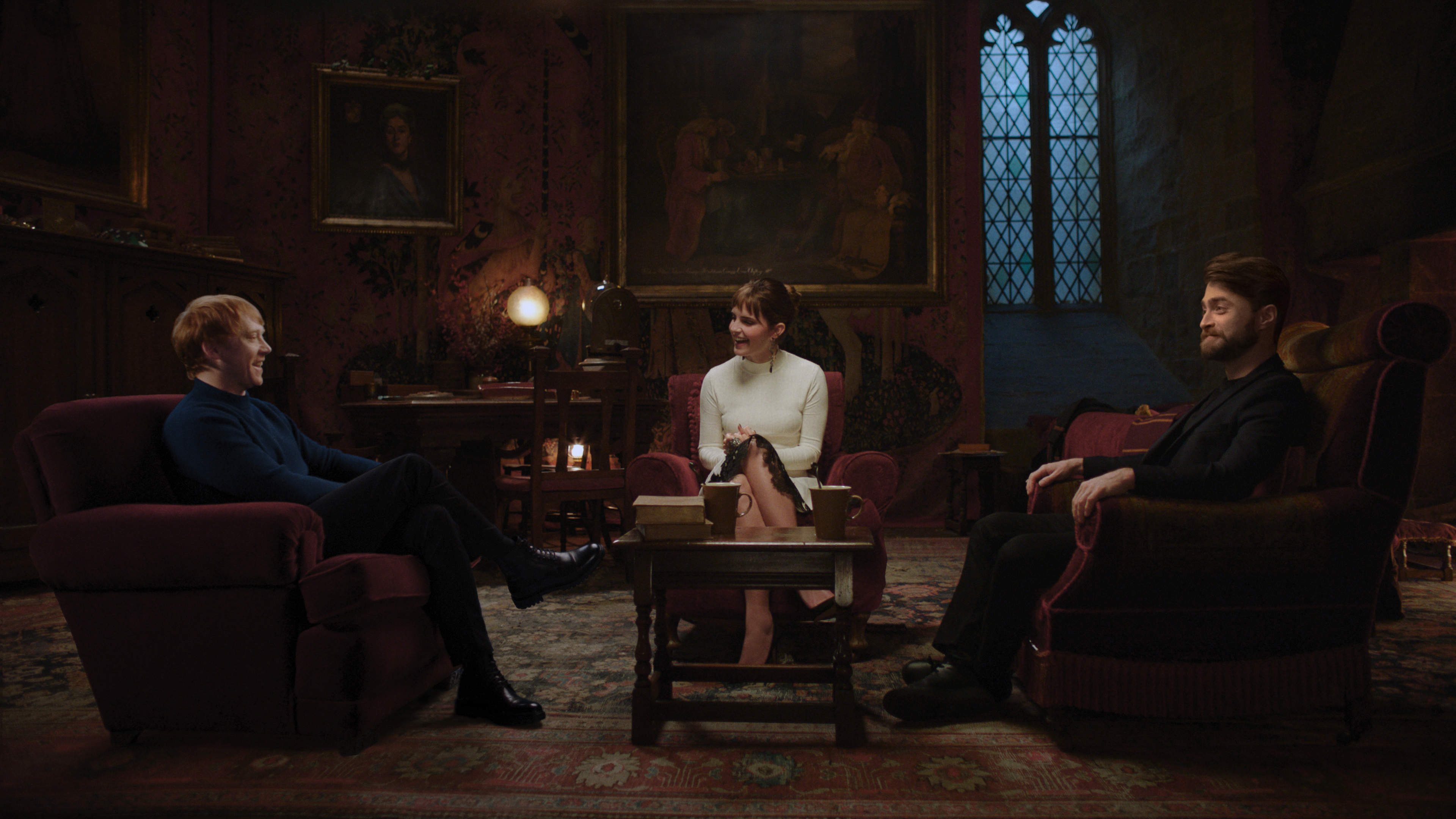 HBO Max revealed today the first image from the set of Harry Potter 20th Anniversary: Return to Hogwarts - and you can see your first teaser of the show just below.

Not only will Daniel, Rupert and Emma be making an appearance, but fans can expect to see Helena Bonham Carter, Robbie Coltrane, Ralph Fiennes, Gary Oldman, Imelda Staunton, Tom Felton, James Phelps, Oliver Phelps, Mark Williams, Bonnie Wright, Alfred Enoch, Matthew Lewis, Evanna Lynch and director Christopher Columbus join in the trip down memory lane. Together, they will reminisce and help to celebrate the lasting legacy of Harry Potter and the immeasurable impact it had on fans in every corner of the globe.

There is something for every fan here – from those who have been with Harry Potter from the very beginning to those who are just discovering the wonders of the Wizarding World. Not only will you get to go behind-the-scenes of these incredible movies, but there will be in-depth interviews, never-before-seen clips, special guests and a few extra exciting surprises along the way.

And what better place to set the scene for this reflective show than the iconic Warner Bros. Studio Tour London – The Making of Harry Potter? It is the perfect location to honour the magic behind the making of the films – and the family that was created at Warner Bros. Studios Leavesden two decades ago.

Tom Ascheim, the President of Warner Bros. Global Kids, Young Adults and Classics is certainly excited about the retrospective: ‘It has been an incredible journey since the debut of the Harry Potter and the Philosopher’s/Sorcerer’s Stone film, and witnessing how it has evolved into this remarkable interconnected universe has been magical to say the least. This retrospective is a tribute to everyone whose lives were touched by this cultural phenomenon – from the talented cast and crew who poured their heart and soul into this extraordinary film franchise to the passionate fans who continue to keep the Wizarding World spirit alive 20 years later.’

Fans around the globe will be able to watch Harry Potter 20th Anniversary: Return to Hogwarts which will begin streaming on 1st January on HBO Max and for those where HBO Max is not yet available, we will have more news to share on further broadcasters and how you can watch soon! It will also air on TBS and Cartoon Network in springtime before the release of Fantastic Beasts: The Secrets of Dumbledore.

If you would like to start celebrating this momentous anniversary early, or just want to reacquaint yourself before the retrospective, why not check out the 20th anniversary content hub on WizardingWorld.com? Dive into features, quizzes and so much more as you get ready for this truly unique anniversary show that you simply cannot miss. You can also look forward to another exciting show coming later this month, Harry Potter: Hogwarts Tournament of Houses, hosted by Helen Mirren – where you can test your wizarding world knowledge.

And if that’s not exciting enough, here at WizardingWorld.com, we are hosting our very own digital quiz as a companion to this thrilling show – which we have called Wizarding World Quiz Championship. With three online quizzes, that escalate in difficulty, you can get stuck in, compete, test your knowledge across the entire Wizarding World and help to bring your official Hogwarts house to victory. Each quiz will launch every Friday, starting on 26th November and finishing on 10th December and the victor will announced on 20th December.

So, if you haven’t already, now is the perfect time to sign up to the Harry Potter Fan Club and get sorted into your official Hogwarts house. Make sure to opt-in to our newsletter for the latest details about Harry Potter 20th Anniversary: Return to Hogwarts, Harry Potter: Hogwarts Tournament of Houses and Wizarding World Quiz Championship.

It’s going to be a very magical winter indeed!