Written byThe Wizarding World Team
Published on Aug 26th 2020
CloseClose your eyes and be transported to Platform Nine and Three-Quarters - listen along to the sounds Harry Potter and his friends would have heard at Kings Cross and beyond, with a new ambient audio experience from the Wizarding World, Journeys to Hogwarts.

On 1st September every year, the students of Hogwarts School of Witchcraft and Wizardry gather at King’s Cross station in London, England, and prepare to board the Hogwarts Express.

As all of you know, Back to Hogwarts is celebrated annually on 1st September and some fans even gather at King’s Cross at 11am, the time when the Hogwarts Express departed in the books. This year, because of the ongoing pandemic, we’ll all be celebrating remotely – but we can do so with a special immersive Harry Potter audio experience, created by Pottermore Publishing. Simply sign up to the Harry Potter Fan Club, or sign in, to listen now.

You can listen to the experience here, as long as you're registered with Harry Potter Fan Club. 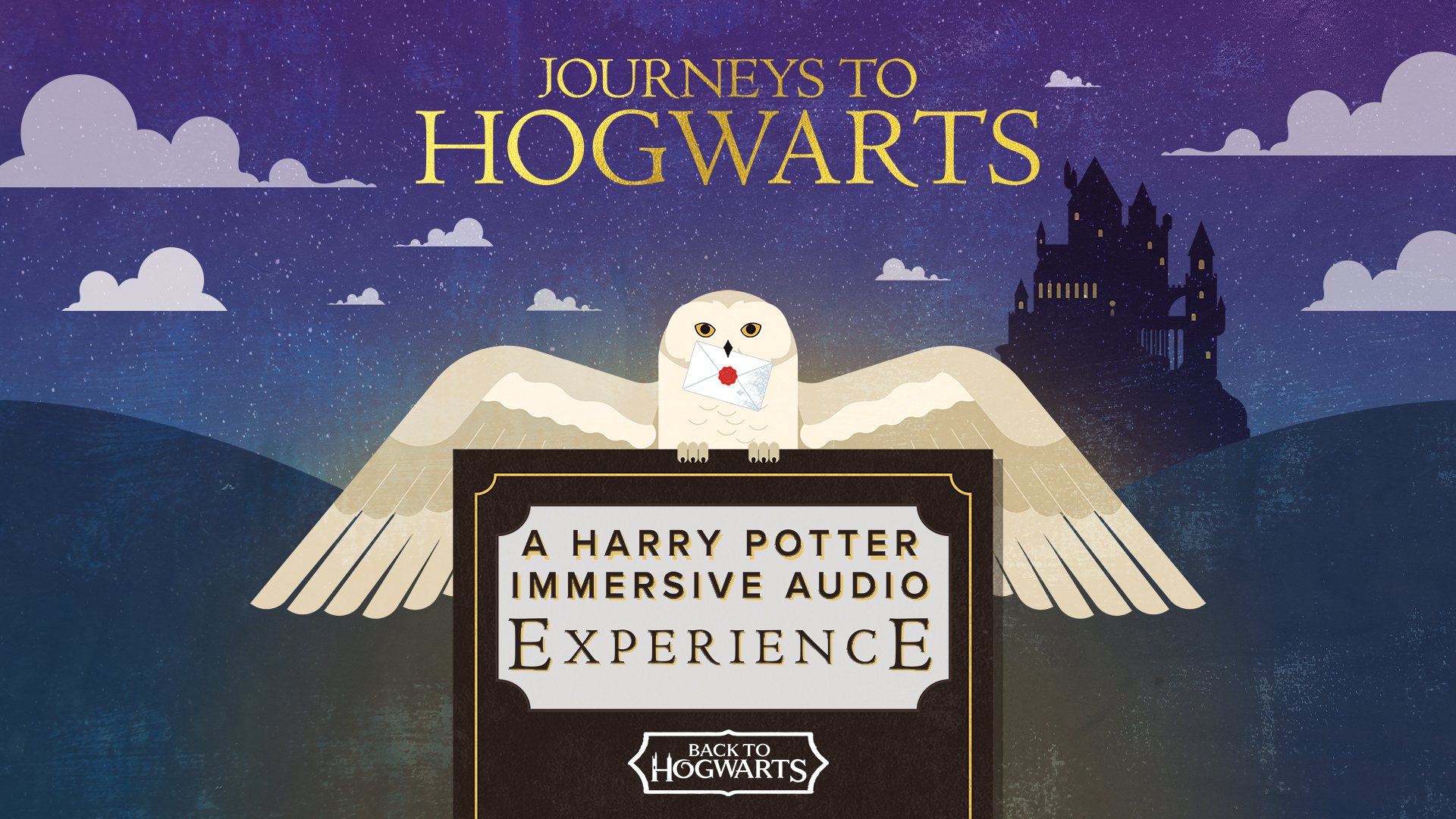 Journeys to Hogwarts uses the latest acoustic techniques to create an immersive soundscape. It has been designed by the sound technicians at Molinare, some of whom worked on the Harry Potter and Fantastic Beasts films so we can all imagine we’re at the station with Harry as well as on the train itself. The music is composed by James Hannigan.

When you close your eyes, you’ll be instantly transported to a bustling King’s Cross alongside Harry Potter – accompanied by rattling trolley and the flapping wings of Harry’s owl, Hedwig. The sounds around you will take you into memorable moments on the Hogwarts Express during Harry’s different journeys back to school, including scenes from Harry Potter and the Philosopher’s Stone, Prisoner of Azkaban, Goblet of Fire and Order of the Phoenix. Just as Harry does, you’ll encounter many of his fellow students – from the Weasley family helping Harry onto the elusive Platform Nine and Three-Quarters, to Hermione and Neville searching for a lost toad.

Alongside the bespoke audio design and effects, you’ll hear short extracts from the much-loved narration of the Harry Potter series of audiobooks by Stephen Fry in the UK and Jim Dale in the US, and dialogue from the books, which has been specially voiced for this experience by members of the London cast of Harry Potter and The Cursed Child. The version available on the Wizarding World site uses the Stephen Fry narration from the audiobooks.

So even though we can’t be at King’s Cross this year, we hope Journeys to Hogwarts gives you a thrilling alternative to gathering at the station, whilst bringing you highlights of the series up to an arrival at a rainy Hogsmeade itself.

So, just to sum up, you can listen to Journeys to Hogwarts for free here if you're a Harry Potter Fan Club member – the perfect accompaniment to J.K. Rowling’s original Harry Potter stories. Try it now, and why not listen at 11am on 1st September too – along with fans across the world!

Journeys to Hogwarts is available to listen to for free on a variety of platforms from 31st August to 30th September. Stream on Audible via Wizarding World landing pages or in Audible Stories, look for the Harry Potter feed on Spotify, or find it on Storytel and Nextory. You can even ask: ‘Alexa, take me to Hogwarts’.