Brand-new for 2022, Mandrakes and Magical Creatures is arriving at the Studio Tour to shine a spotlight on how your favourite creature effects were brought to life on screen. 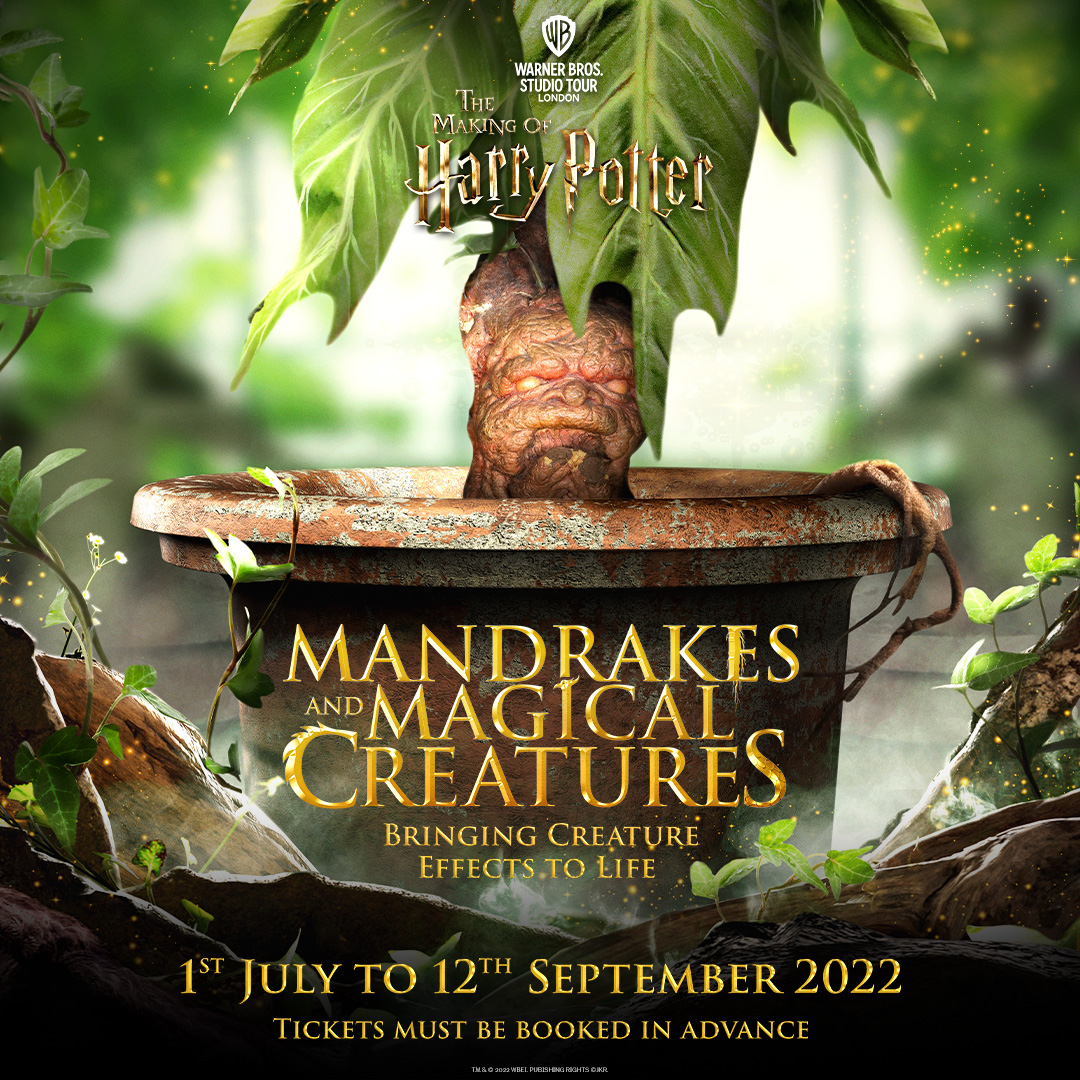 The new display is set to feature Cornish Pixies, Dumbledore’s beloved Fawkes and the animatronic Monster Book of Monsters – which, despite being a book, also has just as much personality as any magical creature! In addition, you will learn how Thestrals and Mandrakes were brought to life using a mixture of scale models and CGI in the Creatures Workshop, and be welcomed into the Great Hall to the Frog Choir scene.

Built by the original Harry Potter filmmakers, the greenhouse is home to many exotic and magical plants. And just like a Hogwarts student, you will be able to step into the greenhouse and pull out a potted Mandrake as part of an interactive display. Based on the scene in Harry Potter and the Chamber of Secrets, you will also recognise the Venomous Tentacula hanging from the ceiling as you walk through the greenhouse – so do watch how you go.

This summery makeover of Warner Bros. Studio Tour London also extends to the studio backlot, which will soon include the fountain from the Hogwarts courtyard and a 1:3 scale-version of the Weasleys’ Burrow.