Written byThe Wizarding World Team
Published on Nov 27th 2020
YouYou can explore the noble sport of Quidditch through the first two of five extracts from the Quidditch Through the Ages audiobook.

Think you know your Quaffle from your Bludger? Fancy yourself a goalie or a Chaser? Imagine you know all there is to know about the greatest wizarding world sport featuring hoops, a.k.a. Quidditch?

Pottermore Publishing has launched a new Action for Google Assistant called Quidditch Through the Ages: Highlights. Simply say, ‘OK Google, talk to Quidditch story’ on a device with Google Assistant installed, and you can immerse yourself in the quirky history of Harry Potter’s favourite sport. 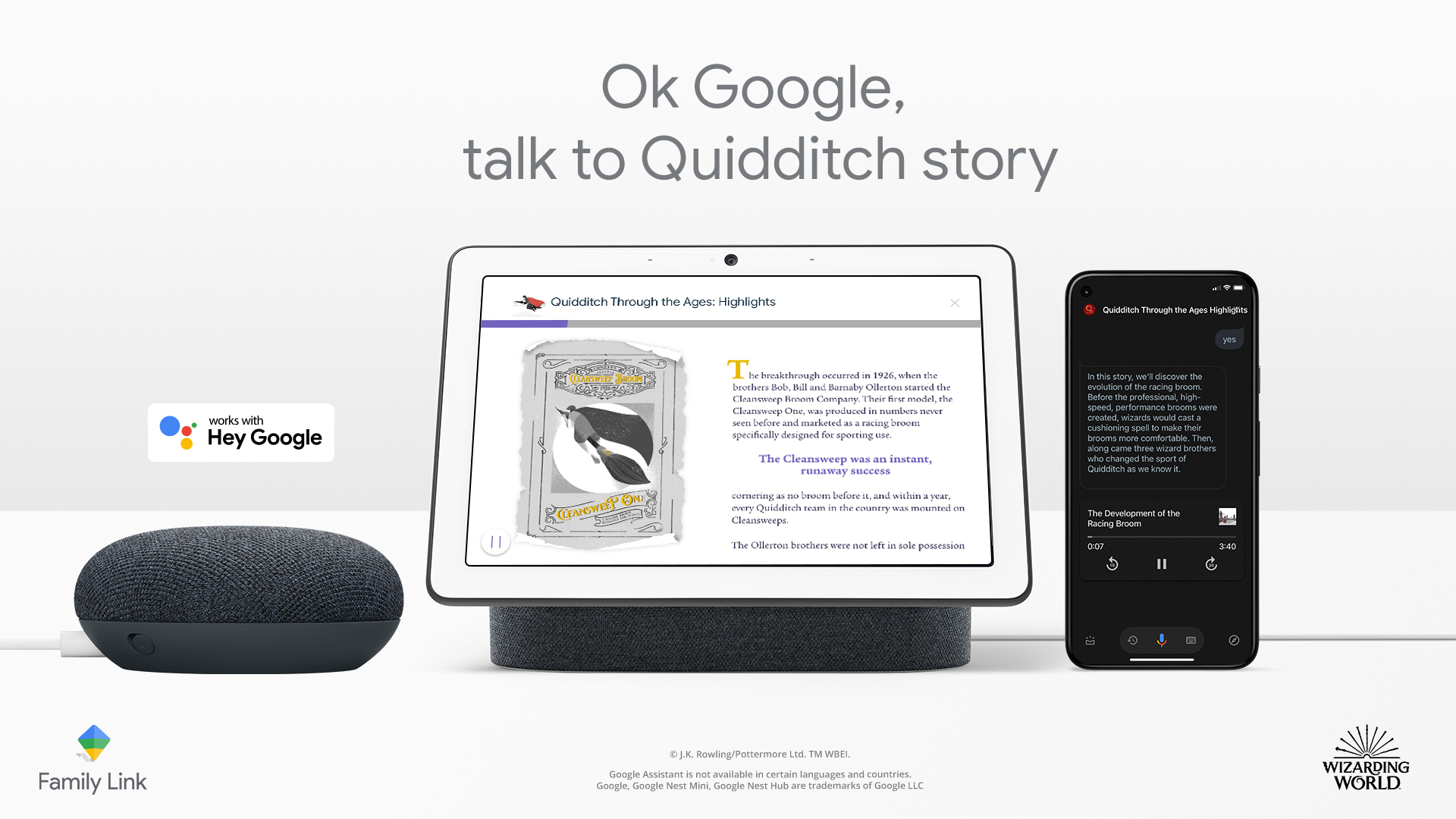 The experience features an introduction by voice actor Siri Ellis and launches with two of five extracts from the Quidditch Through the Ages audiobook, narrated by Andrew Lincoln (best known for his role of Rick Grimes in the Walking Dead series). The full five extracts from the audiobook (which follow the initial launch) range from the topic of ancient broom games, through the history of Queerditch Marsh (where the sport was invented) and the evolution of the racing broom – one for you Firebolt fans!

You can choose the extracts by voice command, or by gesture on screen devices such as the Google Nest Hub or a smartphone running Google Assistant. On screen devices you can read along to the extract from the Hogwarts Library Book, with animated pull quotes and illustrations for particular highlights in each excerpt.

At the end of each extract, there are gamified experiences to take part in: from catching the elusive Snitch, through scoring a goal, to completing a quiz based on what you’ve just listened to. There are also hidden Easter eggs throughout to keep you on your toes. Or should we say, brooms.

When new content is added, there will also be other ways to interact with it, including a timeline with key events in the history of Quidditch, providing other avenues to explore the extracts.

So grab your nearest Google device to bone up on the sport that Dumbledore himself – in his foreword to Quidditch Through the Ages – says, ‘unites witches and wizards from all walks of life’.