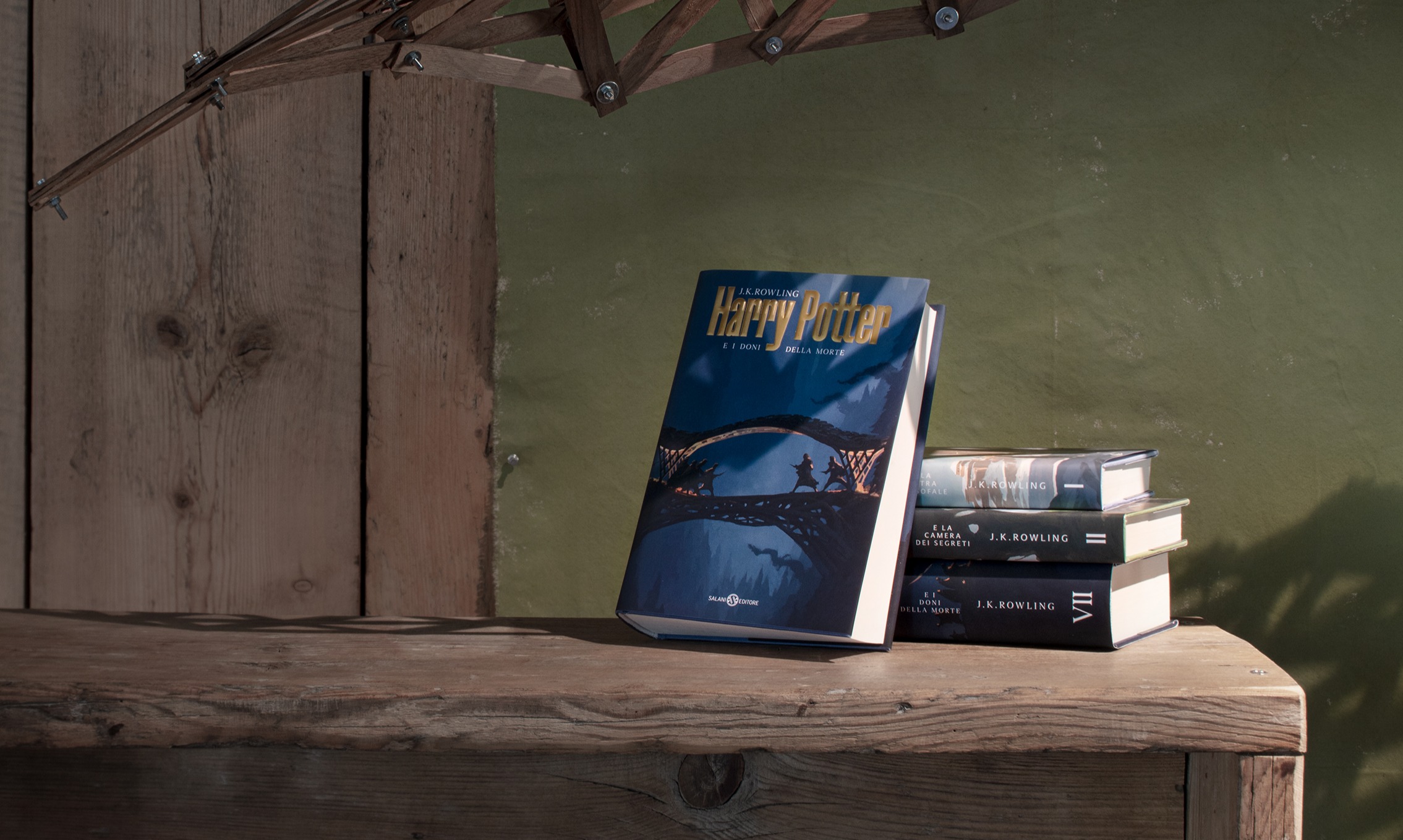 De Lucchi is a designer, architect and writer – amongst his many achievements he designed the Tolomeo lamp, the world’s best-selling lamp (you know the one).

Since De Lucchi is a renowned architect, it’s not a surprise that buildings form a central part of these new cover designs, with unique visions of Hogwarts, the Burrow, Hagrid’s hut and Azkaban prison. 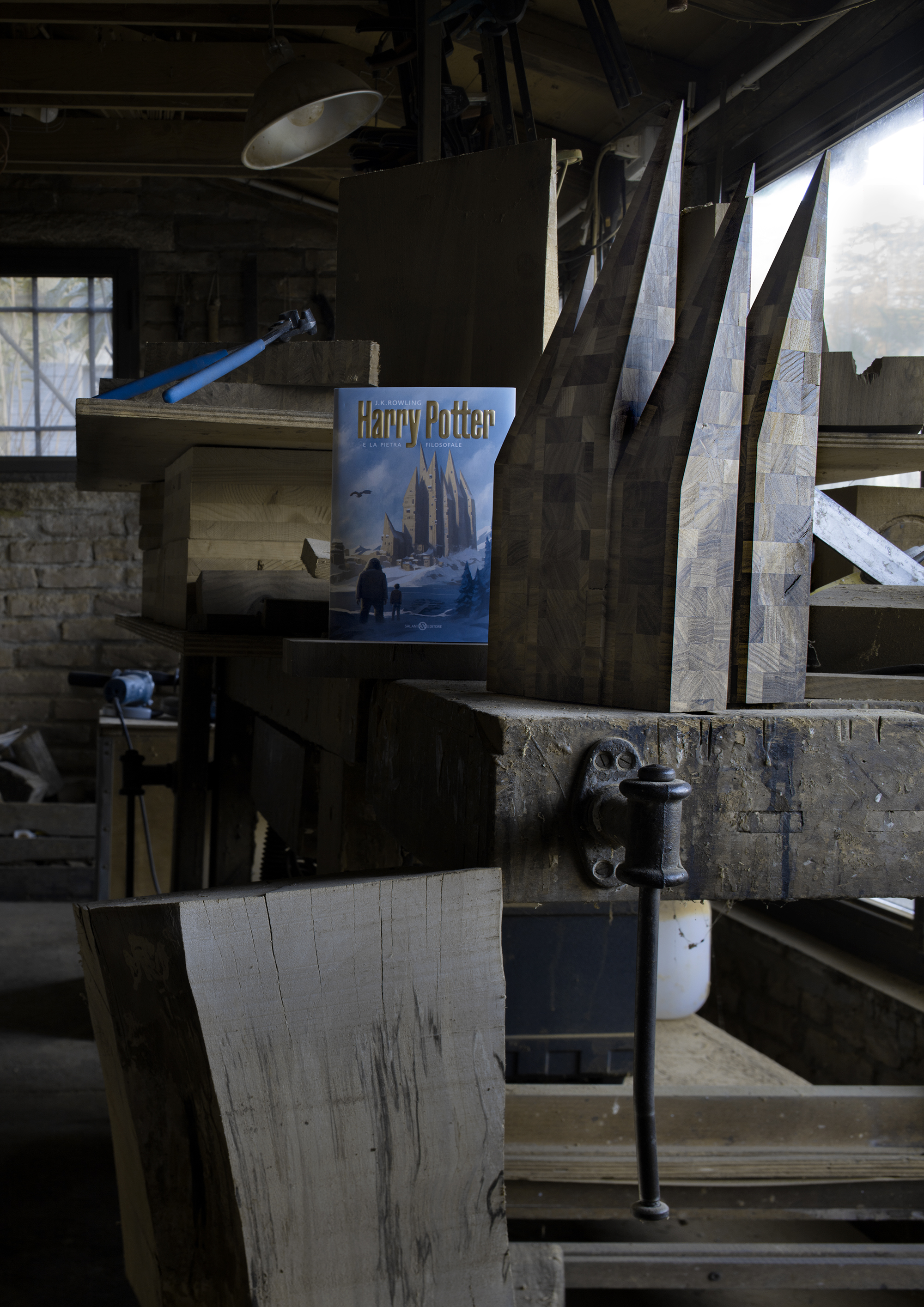 De Lucchi was introduced to the stories after his children were gifted the books by an aunt whilst, appropriately enough, they were studying at a Gothic boarding school in England. He says he loves the series for ‘having invented an alternative society and world. A complete and complex society, in which readers recognize themselves, and evolve along with the transformation of the society itself.’

We were curious how he came up with his cover design approach. It turns out it was a team effort based around a group De Lucchi created, called AMDL CIRCLE. This is an interdisciplinary project of architects, writers, editors, graphic designer, illustrator (Andrea Rocha) and font designers (Elias Hanzer and Fabian Harb from a Swiss firm called Dinamo).

‘The Circle is a multidisciplinary group of young people to whom I would pass on my intellectual and philosophical position and the working methods that I have used over the years,’ says De Lucchi. ‘I asked the group to interpret my work reflecting it on Harry Potter’s magical world, to understand how much of my visionary approach can be related to an imaginary reality.’

‘As architects we inevitably approached the novel by having in mind the space, the objects and the atmosphere that these objects generate in space,’ De Lucchi continues. ‘For each volume we identified a symbolic architecture, looking for the same archetypes in contemporary works designed by AMDL CIRCLE.’ 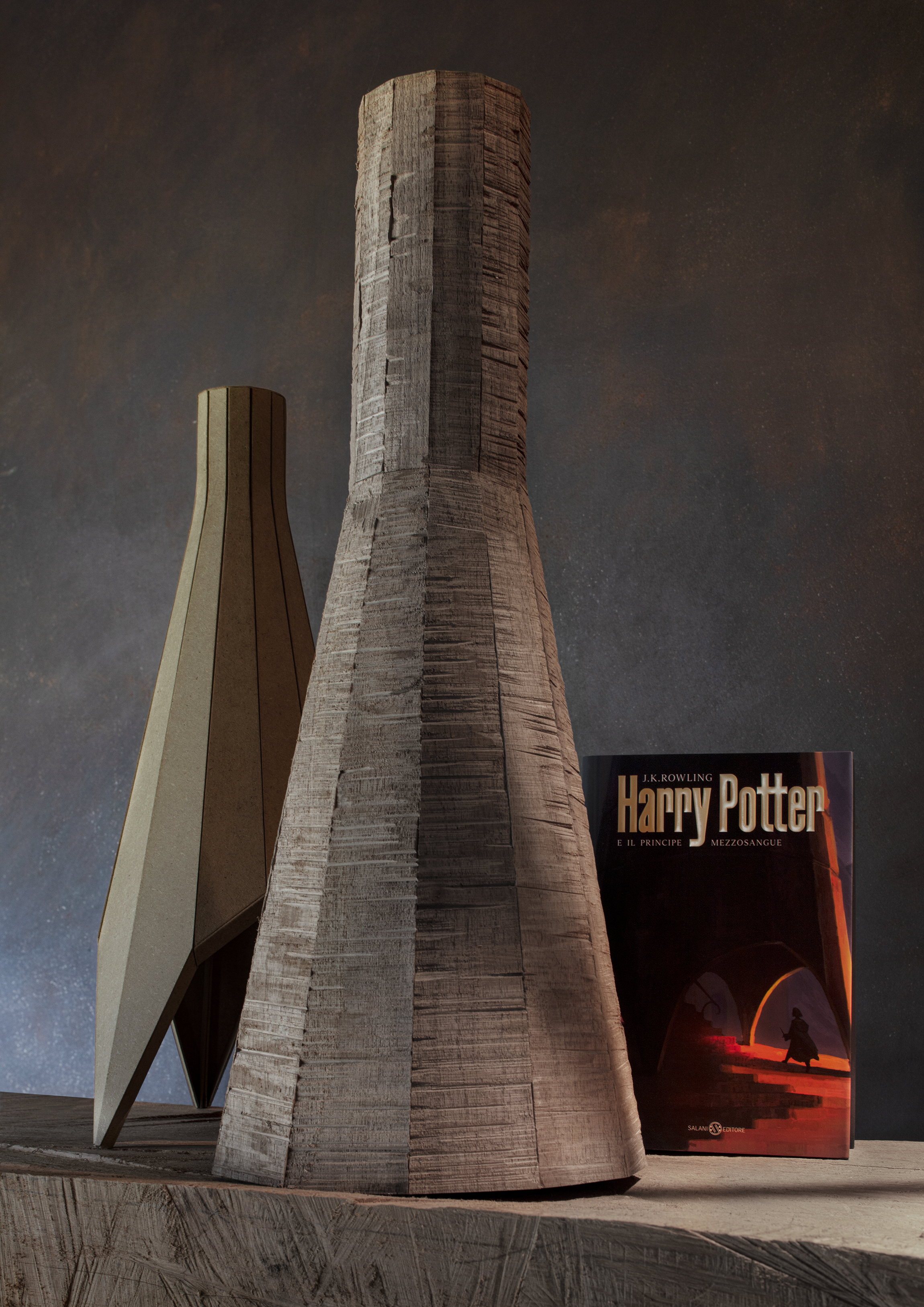 De Lucchi and his team took wizarding world locations and represented them as ‘visionary architectures’: ‘An imagination without limits, free from the constraints imposed by the design and production of a product.’

The architecture and buildings represented on the new covers drew on the design imagery of the team and the studio, and particularly buildings that have symbolic connections with the places from the Harry Potter stories. They drew inspiration from the research Earth Stations and Stations on Planet Heart; architectural visions, in De Lucchi’s words, ‘designed to respect the environment and to create common access multi-engagement spaces where people can experience unprogrammed moments of learning, joy, interaction and reflection.’ 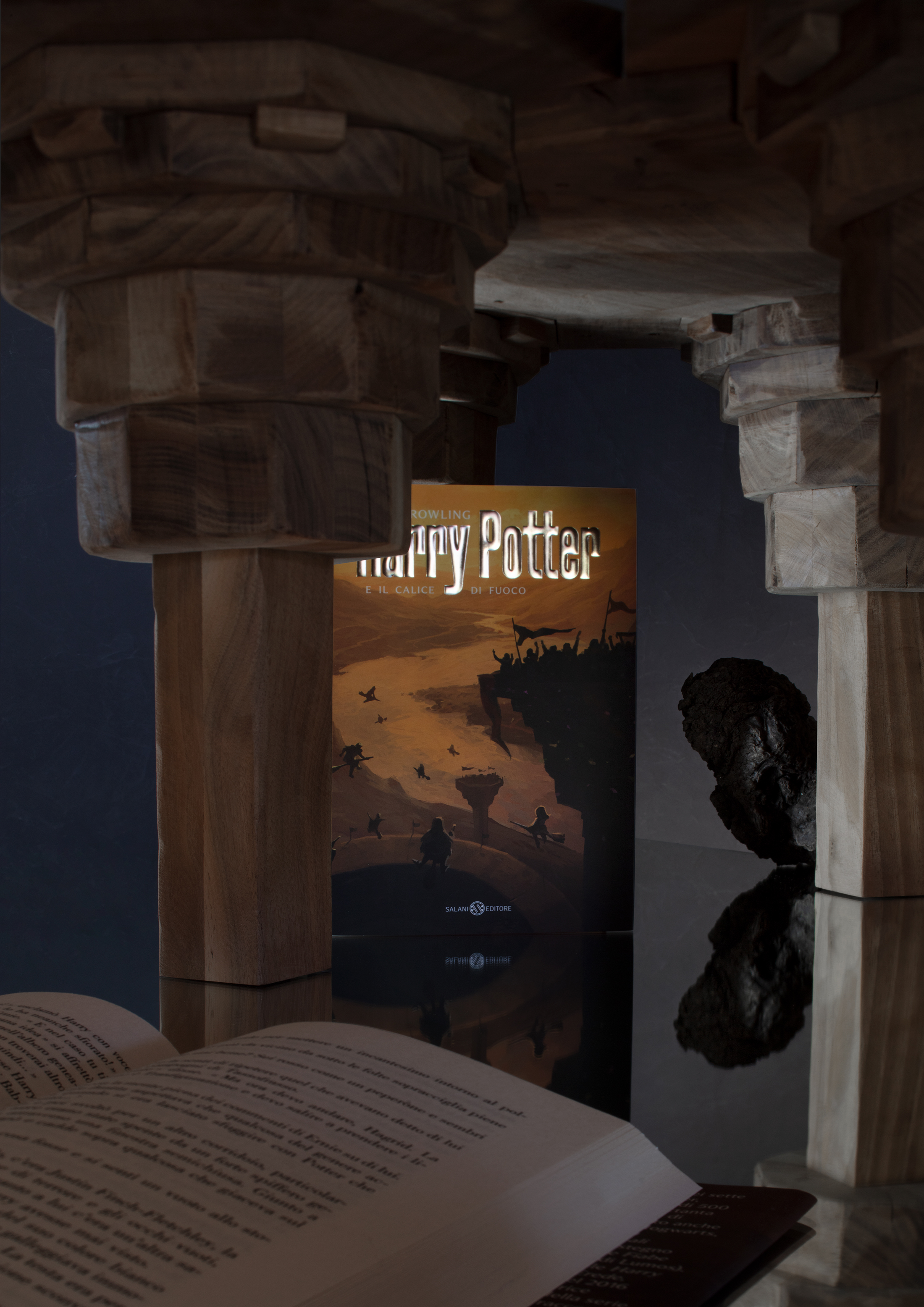 Inspired by De Lucchi, the team’s aim was ‘to broaden the vision of the novel, to give everyone a space to fill and develop on their own.’ This spurred them to centre their vision on the settings – not necessarily the characters – in the books: ‘Therefore, at the centre of this new fantastic world we won’t find the protagonists but instead imaginative architectures around which everyone can experience different emotions.’

By creating these architectural settings, AMDL CIRCLE hoped to bridge the gap between Harry’s imagination and the imagination of his readers – even if long-term fans have strong ideas of what these places look like in their minds: ‘We created a new visual reference to welcome new and old generations of fans by giving the covers an innovative and undeniable look.’ 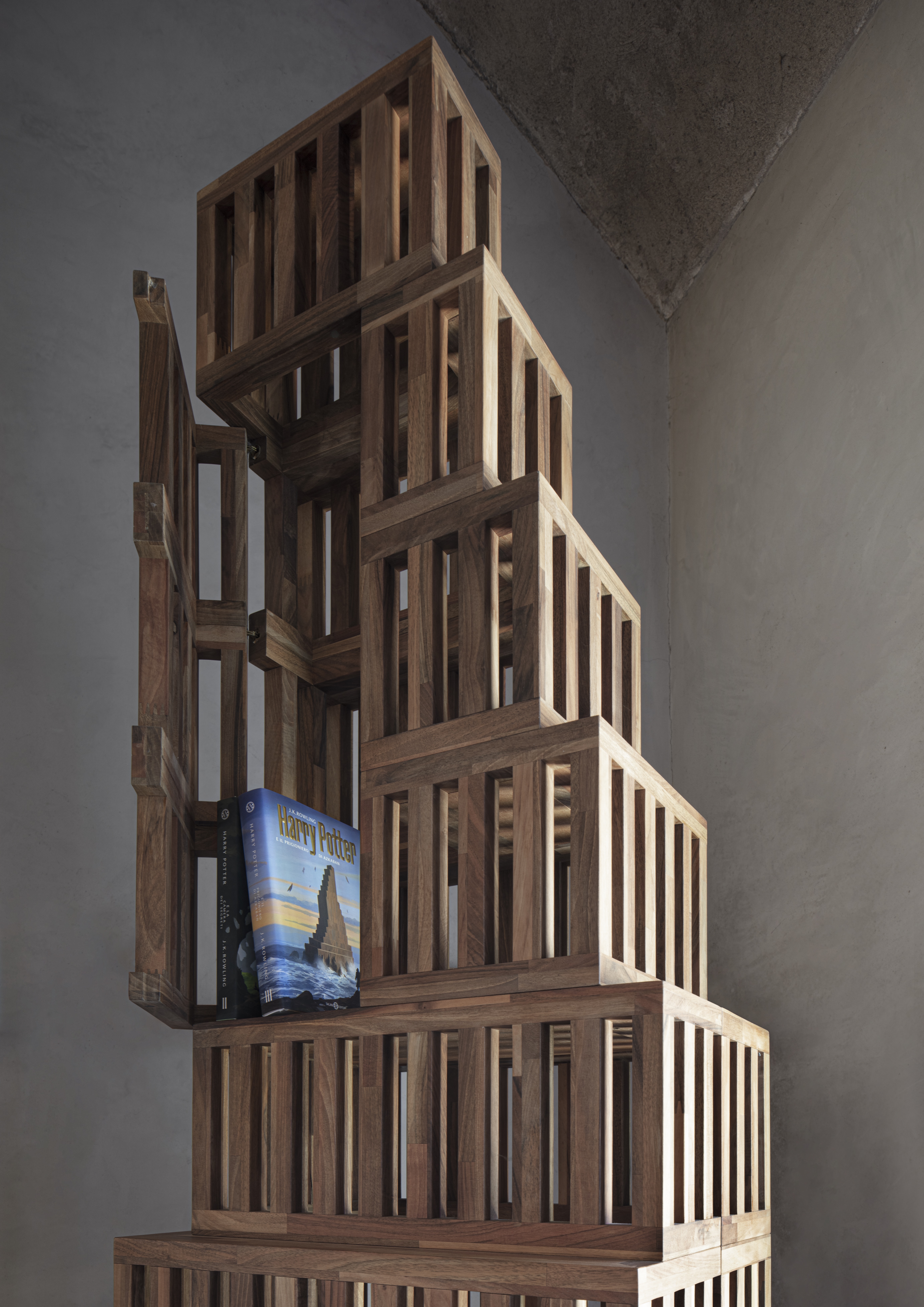