Written byThe Wizarding World Team
Published on Dec 8th 2020
FansFans of the augmented reality mobile game, Harry Potter: Wizards Unite, can now enjoy a big new update to round off the year called ‘Adversaries’ – and it involves taking on famous enemies of the Wizarding World...

From today, Harry Potter: Wizards Unite is asking you to take your combat skills to the next level, fighting some of the most prevalent villains of the Harry Potter stories.

The new feature, titled ‘Adversaries,’ is a new type of combat experience where you’ll face off in battle with the likes of Fenrir Greyback, Draco Malfoy, Bellatrix Lestrange and the Basilisk of the Chamber of Secrets. And if you’re encountering these sorts of characters, we can only imagine who might follow...

Simply lookout for a new Trace icon on your map, which will resemble the Dark Mark, and get ready to enter into a more challenging kind of battle. But it’ll be worth it: during the chain of battles you’ll partake in, expect to pick up incremental rewards, which will get bigger and better when you finish off the final Adversary. 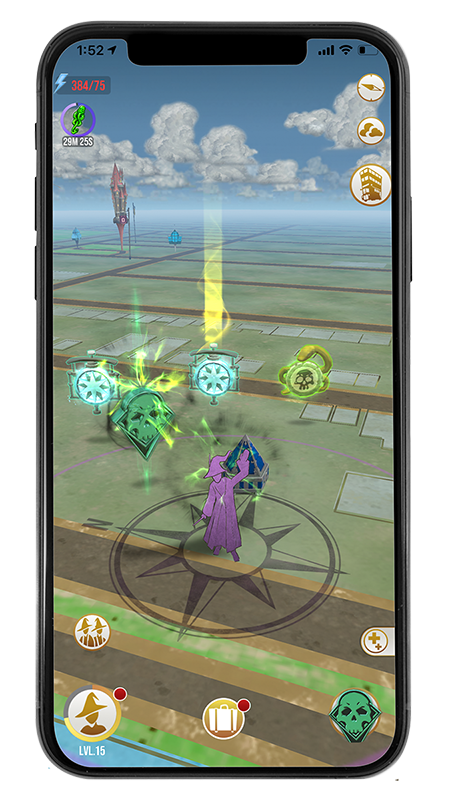 The Adversaries will come as two kinds, ‘Feared’ and ‘Lethal’, with the former including slightly easier foes to overcome, such as Peter Pettigrew. ‘Lethal’ Adversaries range from Dolores Umbridge to Bellatrix Lestrange but are rarer to come by; expect these characters to be more likely to crop up during Adversary events down the line. Watch out for these more epic challenges, which will be coming to the game very soon.