On Tuesday 29th March, MinaLima will unveil their latest artworks at House of MinaLima in Soho, London: a collection of rich and colourful designs highlighting the international magical cultures of Fantastic Beasts: The Secrets of Dumbledore. From German wizarding newspapers to Gellert Grindelwald wanted posters, there is a whole new smorgasbord of wizarding world artistry to take in.

The graphic design team, who worked extensively across the Harry Potter films and the first two Fantastic Beasts films, are back to immerse in the wizarding world once again, embracing vintage, Art Nouveau and Art Deco styles that have permeated the look of the Fantastic Beasts stories, which are set in the 1920s. 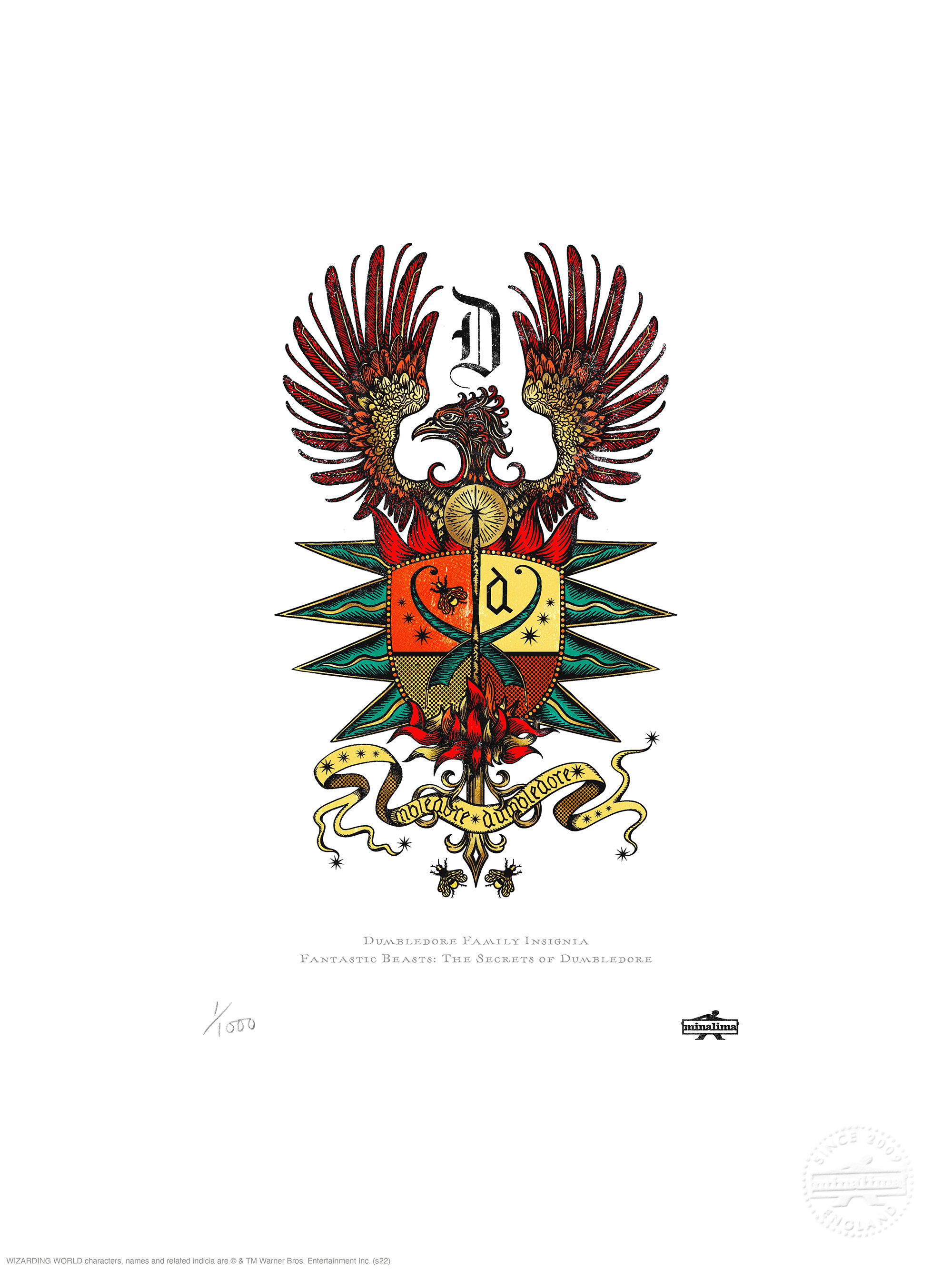 As always, the team conducted historical research and employed experimental techniques when creating the designs for the film, to properly embrace the style of the period.

The prints will also take fans’ imaginations around the world, observing numerous international magical cultures expected to be seen in the new film, such as the German Ministry of Magic, and pivotal characters from Brazil and China. Other prints highlight interesting plot points of the film, such as Grindelwald wanted posters, the Dumbledore family emblem, featuring a majestic phoenix, the German newspaper, Die Silberne Fledermaus and a glimpse at a new magical train to get excited about: The Great Wizarding Express. Bookworms will enjoy seeing some new fictional tomes that feature in the film, such as a collection of 10 wizarding books created for Professor Lally – and a gilded front cover for the second edition of Newt Scamander’s best-seller, (what else?) Fantastic Beasts and Where to Find Them.

One standout piece, created in collaboration with the wider film production, will display the Magisterial Chamber of Ancient Wizardry, a hideaway of the highest seat of the magical world in Bhutan. Like much of MinaLima’s work, eagle-eyed fans can examine these pieces to pick out meticulously detailed motifs and symbols.

So, stay tuned for further reveals from this gorgeous collection – all in celebration of Fantastic Beasts: The Secrets of Dumbedore, coming to UK cinemas on Friday 8th April, with a wider release following on the 15th.

And if you’re London-based, why don’t you pop down to MinaLima’s home, the House of MinaLima, to see the new prints in person?