What does it mean to go Back to Hogwarts?

What is Back to Hogwarts Day?

Glad you asked. Back to Hogwarts Day is a homegrown celebration created by Harry Potter fans on the 1st September every year, the day that Harry is due to board the Hogwarts Express and go to Hogwarts School of Witchcraft & Wizardry for a new year. As Harry goes to King’s Cross Station in London to seek out the secret location, platform nine and three-quarters, this train station quickly became a homing beacon for fans to flock to in real life, particularly on the 1st September. Paying homage to the iconic moment from the books and films, where Harry would disappear in between platforms nine and ten to reach the half-way point between his life in the Muggle world and the wizarding world, fans love to countdown to 11 o’ clock, the time the Hogwarts Express train is due to set off.

The significance of King’s Cross Station

Years on from when the Harry Potter books were released, the real King’s Cross Station in London recognised its important placement in the stories. A luggage cart was installed into a wall, so fans could come and pretend to push their cart into a magical platform, just like Harry did, for some excellent photos. And eventually, a shop, aptly named Platform 9 ¾, popped up nearby, for Harry Potter fans to indulge in some Wizarding World goodies before embarking on their own journeys. In fact, King’s Cross Station has taken the tradition so deeply into its heart, that the train announcement timetable even recognises Hogwarts as a destination on this day. 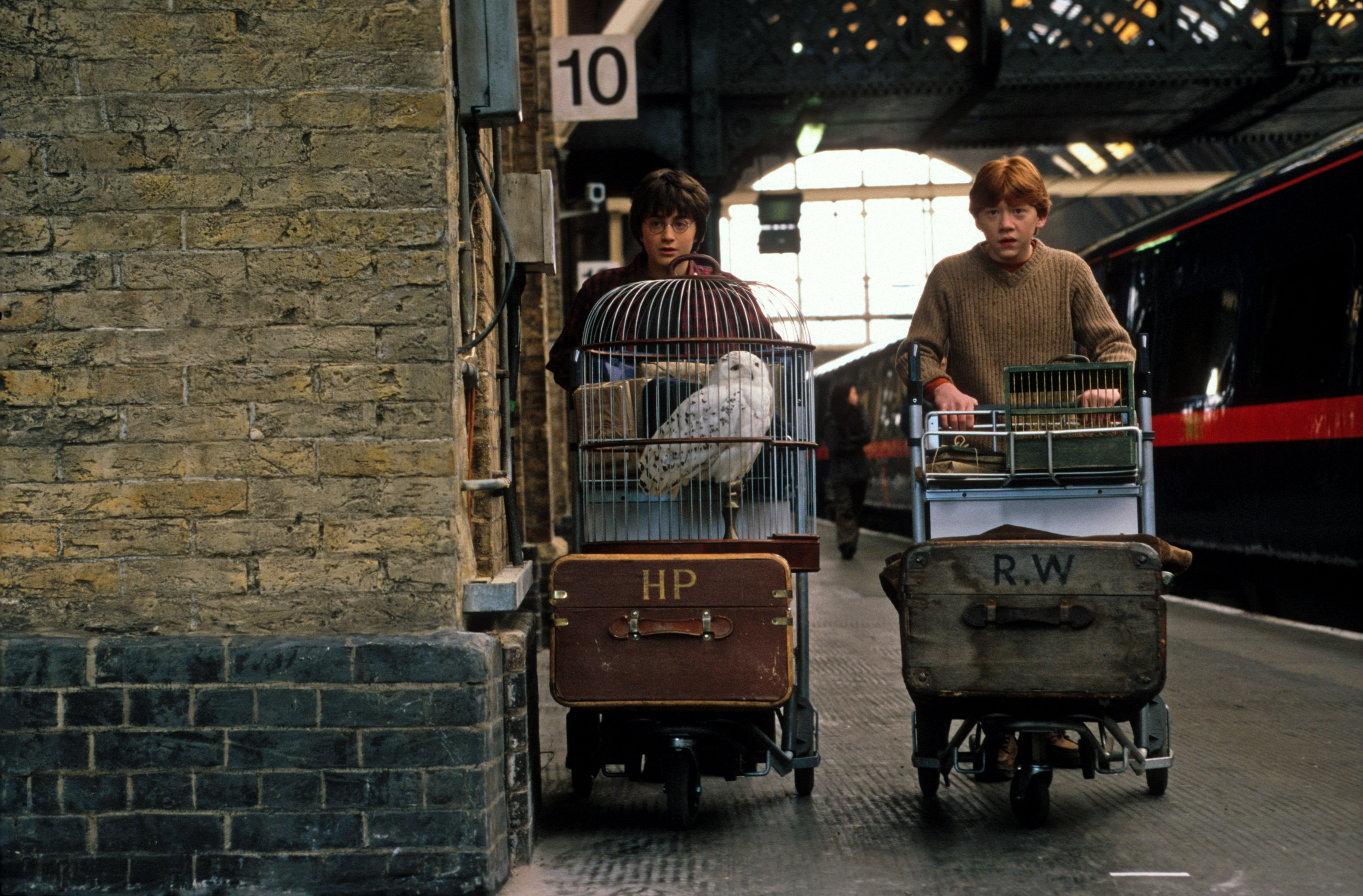 That’s nice if you live in London. But what about me?

But Back to Hogwarts Day goes far deeper than just turning up to King’s Cross Station in London – especially if you live far across the world. Over the years since the Harry Potter books and films were released, fans found all sorts of ways to celebrate this significant moment in Harry’s story, whether that was dressing up in your best Hogwarts robes, rewatching a movie, or even getting up at Silly O’ Clock to countdown the moment on UK time, or throwing your own magical bash. The hashtag BacktoHogwarts across social media is always in full swing to see what people are up to.

And in recent times, the 1st September has become a day of Wizarding World announcements and surprises.

What has happened at previous Back to Hogwarts Days?

Every year, Back to Hogwarts season gets bigger and more exciting, with more and more celebrations popping up all over the world. Back in 2018, for example, Eddie Redmayne and Jude Law turned up at King’s Cross Station to the shock of fans to commemorate the second Fantastic Beasts film. In the same year, a special version of the Knight Bus went up and down the UK, touring the country. In 2019, the cast of Harry Potter and the Cursed Child rocked up for a magnificent wand dance that we’re sure distracted a few commuters! In the past couple of years, in the wake of the Covid-19 pandemic, things have been a little bit different, but that hasn’t stopped Harry Potter loving generations, old and new, wearing their Hogwarts house pride like a badge of honour. 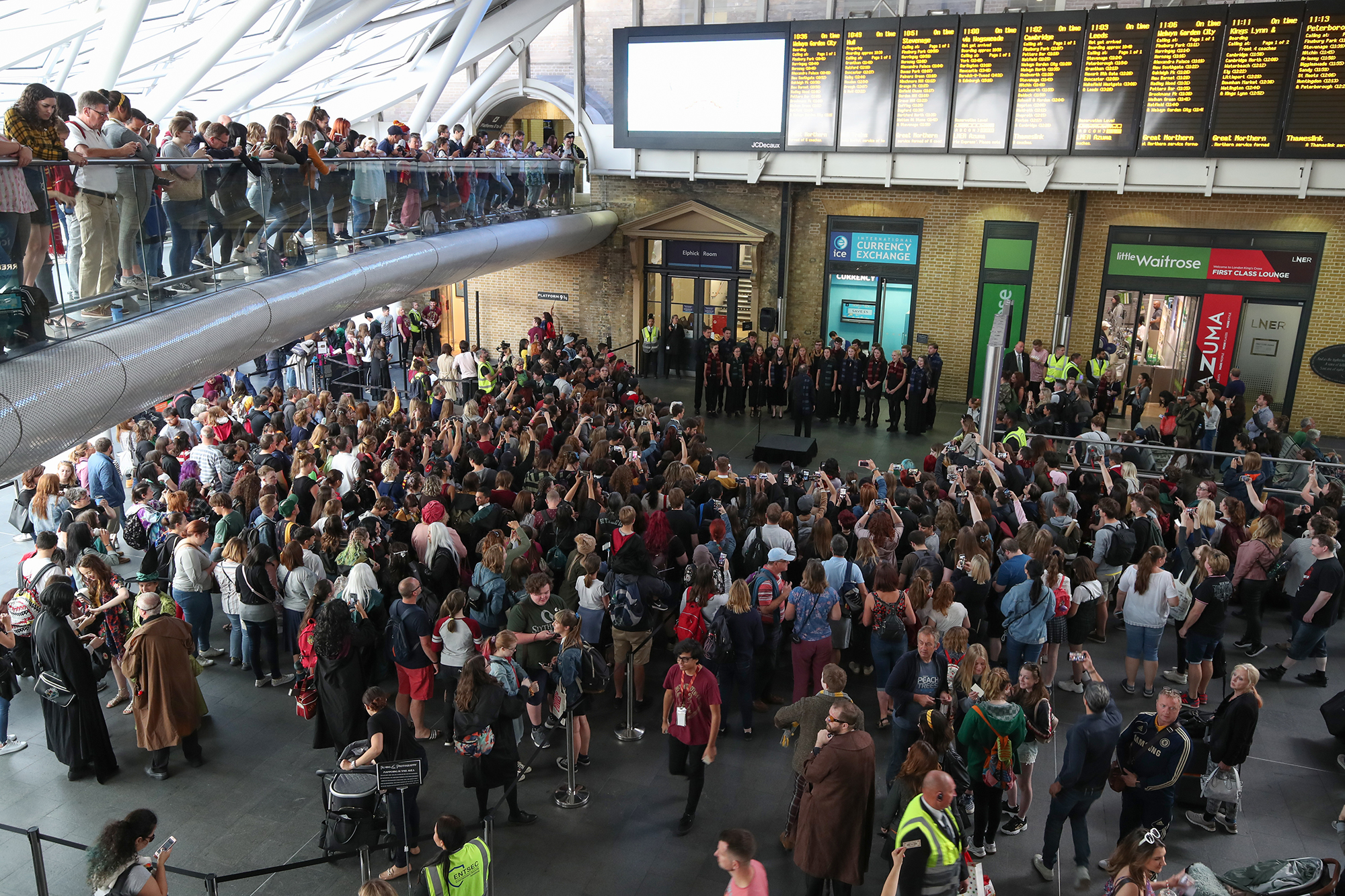 It doesn’t matter if you’re in your living room swishing around your wand (or whatever household object closely resembles one!) or out and about, raising a Butterbeer with friends and family to toast a new term of Hogwarts. So, whether this is your first time celebrating Back to Hogwarts Day or you’ve been counting down to 11 o’ clock every year since 1997... we want to hear from you. Share your own magic with us using the BacktoHogwarts hashtag online on 1st September. Because one day, if we wait patiently enough, an owl will turn up on our doorstep with our very own Hogwarts!