What if Neville had become the Chosen One?

Written byThe Wizarding World Team
Published on Jul 29th 2020
It’sIt’s a question that so many fans often ponder about, and so do we. Today, we imagine a world where Neville Longbottom, not Harry, had been chosen as Voldemort’s target.

Would Voldemort still have fallen? Would Harry have had a more ‘traditional’ life? Would Neville have still fulfilled the prophecy, or would the wizarding war still have waged on? And most importantly, would Neville still have had quite the same passion for Herbology with all this extra admin to take care of?! Of course, this is all hypothetical, so Accio a pinch of salt! But what if, indeed...

‘As the seventh month dies’ 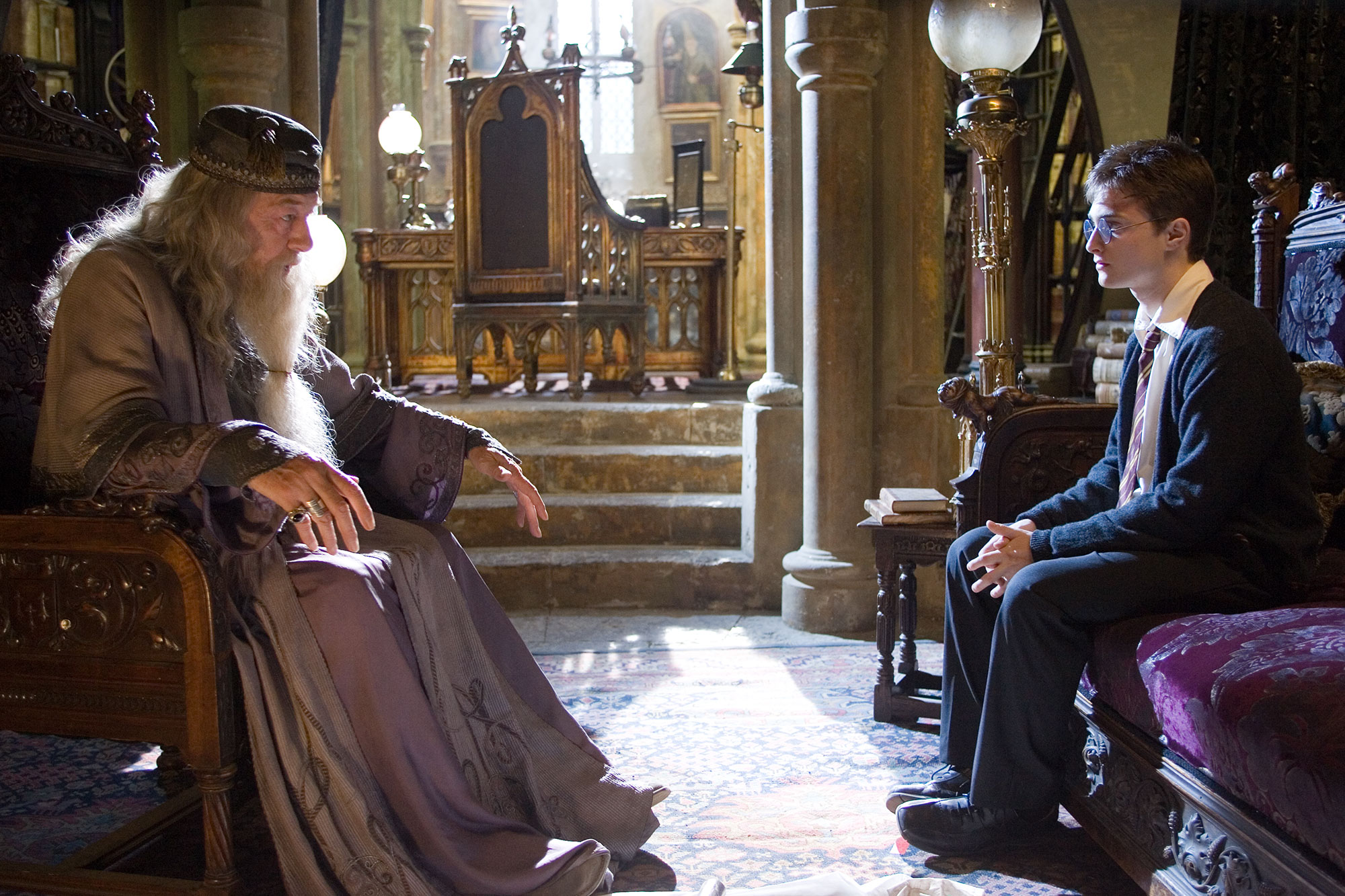 In Harry Potter and the Order of the Phoenix, Harry is faced with a shocking revelation: his fate with Lord Voldemort was always sealed. It was told in a prophecy when he was just a baby.

In one of Professor Trelawney’s rare prophecies that actually came to pass, she spoke of ‘the one with the power to vanquish the Dark Lord’, with a specific description of who that could be. Although the prophecy was told to Albus Dumbledore, quite unexpectedly in a pub no less, Severus Snape overheard it, relayed the information back to Lord Voldemort, who, in turn, interpreted this mysterious future assassin to be Lily and James Potter’s child. However, as Dumbledore explains to Harry, it could have meant another. Neville Longbottom, Harry’s classmate, was also born at the end of July, and also born to parents who had thrice defied Lord Voldemort.

‘He chose the boy he thought most likely to be a danger to him,’ said Dumbledore. ‘And notice this, Harry: he chose, not the pureblood (which, according to his creed, is the only kind of wizard worth being or knowing) but the half-blood, like himself. He saw himself in you before he had ever seen you, and in marking you with that scar, he did not kill you, as he intended, but gave you powers, and a future, which have fitted you to escape him not once, but four times so far – something that neither your parents, nor Neville’s parents, ever achieved.’

So, that was that. But what if the variables were different, and it had been Neville, who also grew up to play a vital part in Lord Voldemort’s eventual defeat?

Would Neville’s parents have died, like Harry’s did? And would Voldemort still have fallen? 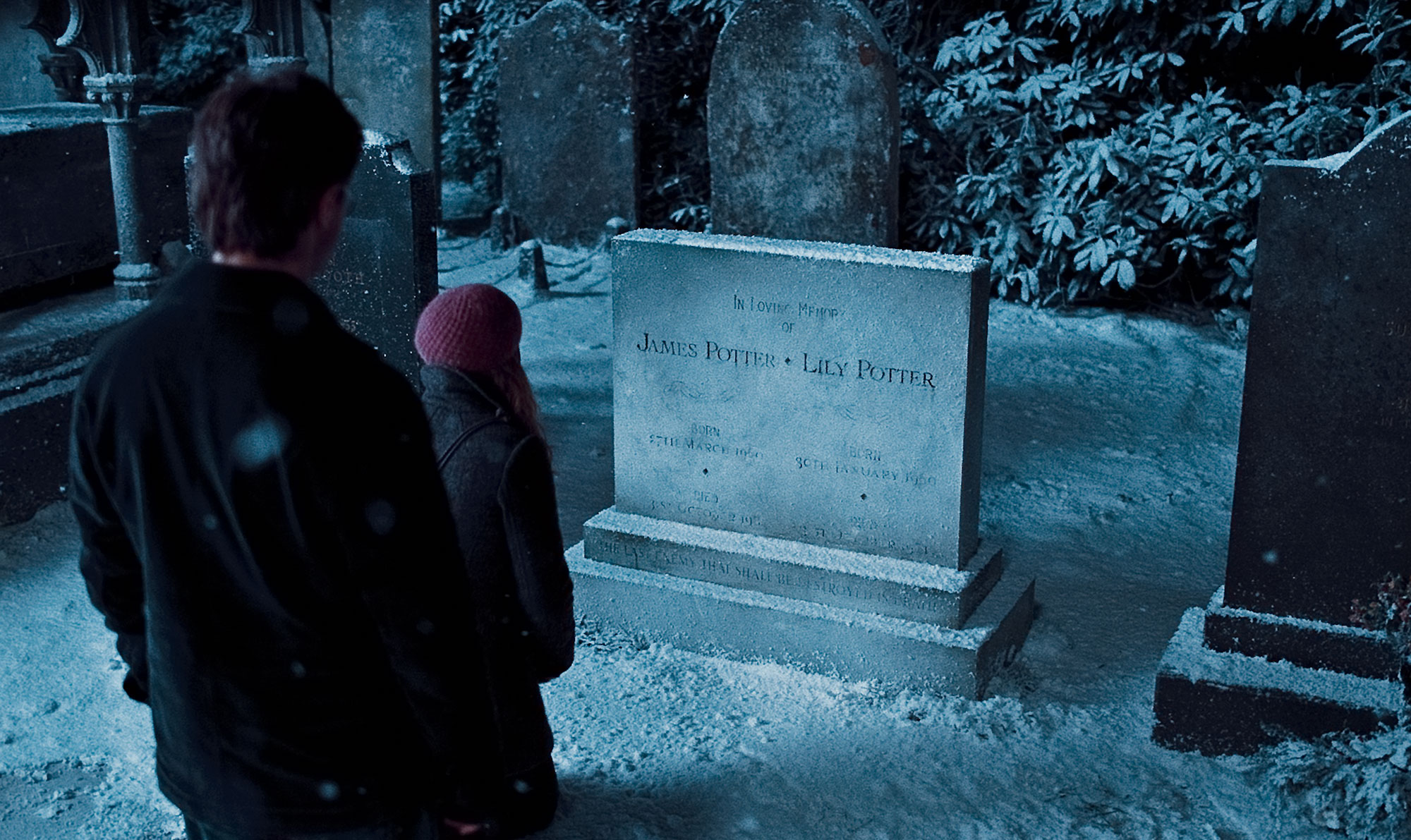 Much like Harry, Neville also grew up without his parents, albeit in a very different sort of way. While both his mum, Alice, and dad, Frank, were still alive, they had been tortured to insanity by Death Eaters soon after Lord Voldemort’s fall from power and spent the rest of their days at St Mungo’s Hospital. But if Neville’s family had been targeted, and Lord Voldemort had gone after them instead, there is a chance that the Longbottoms could’ve been killed straight after Lord Voldemort learnt of the prophecy. After all, the Potters had been hidden by Albus Dumbledore, after Snape tipped him off and begged him to try and protect the woman he loved, Lily.

Snape did not have the same connection to the Longbottoms, and may well have not interfered, meaning nobody would’ve known the attack on them was coming. Although, perhaps Albus Dumbledore, after hearing the prophecy, would’ve put his own protective measures in place on both families (the Longbottoms and the Potters) anyway. But even without a Peter Pettigrew-type to betray anybody, Lord Voldemort has his ways of finding people. And there are no guarantees that Neville’s parents wouldn’t have tried to protect their son in a similar way that Harry’s parents did. Would a similar protective magic, forged from love, have saved Neville?

It’s quite possible. Dumbledore does explain to Harry that Lord Voldemort went to Godric’s Hollow not knowing that by going to attack Harry, there would be a possibility the event would end in his downfall. This is because Snape never heard the entire prophecy.

‘He heard only the beginning, the part foretelling the birth of a boy in July to parents who had thrice defied Voldemort.

Consequently, he could not warn his master that to attack you would be to risk transferring power to you, and marking you as his equal. So Voldemort never knew that there might be danger in attacking you, that it might be wise to wait, to learn more. He did not know that you would have power the Dark Lord knows not –’
Harry Potter and the Order of the Phoenix

So, if Lord Voldemort had chosen Neville, maybe a similar phenomenon would have occurred...

Would Neville still have been friends with Harry, Ron and Hermione? And would they have all been friends? 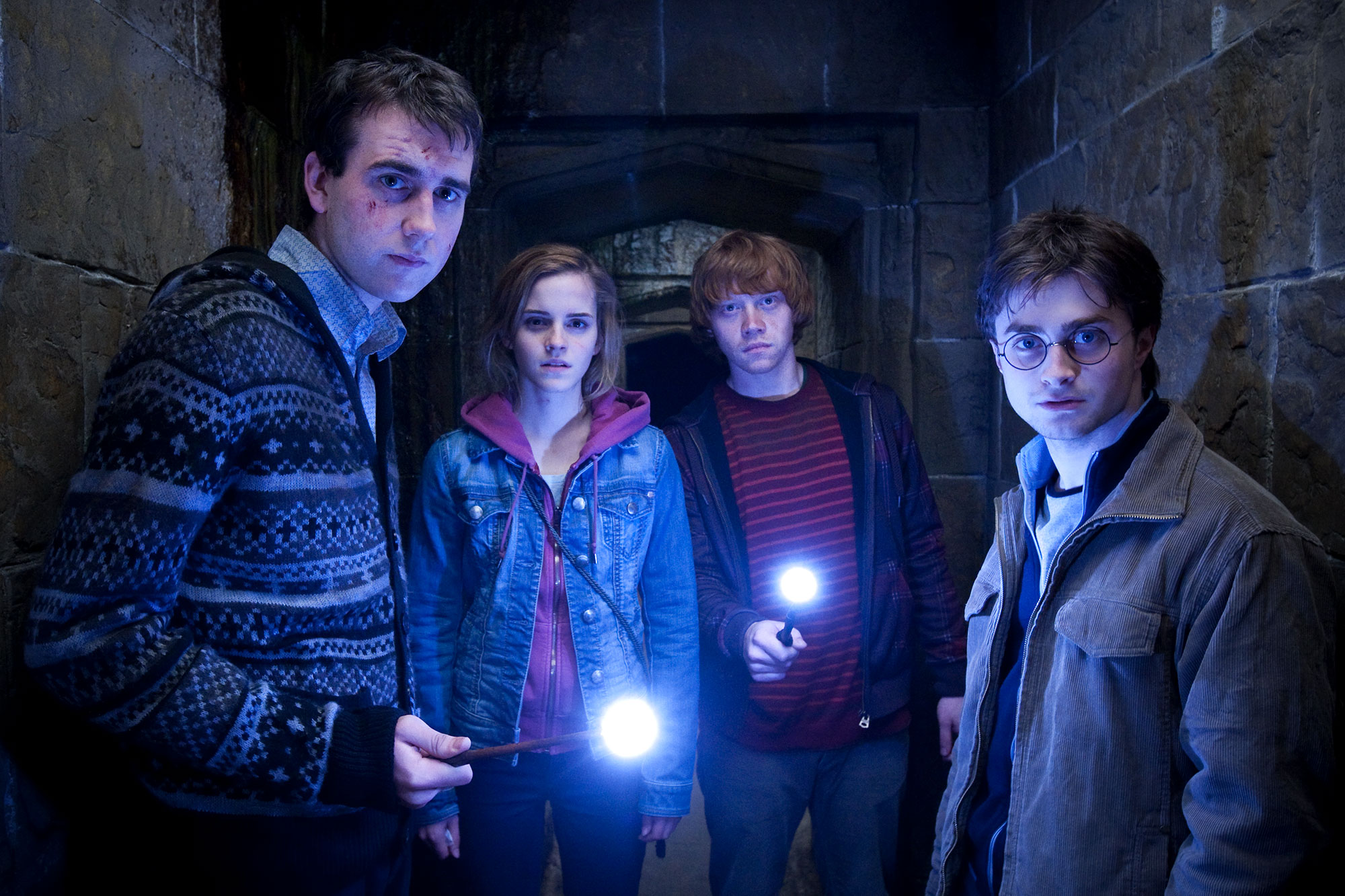 Let’s say it did, and Lord Voldemort was still thwarted, and it was poor Neville who lost his parents, not Harry. Unlike Harry, Neville would’ve still grown up knowing he was a wizard, as presumably his grandmother Augusta would’ve still taken care of him.

And maybe we can also assume Neville would’ve still been the same nervous, clumsy child if he was still brought up by his strict, often chiding, grandmother. And let’s assume he was still in Gryffindor. What is not clear is how Harry’s life would’ve been different, and how that would’ve dictated events.

Beyond that, what would Harry’s Hogwarts experience have been like? Would he still have pursued the same interests, still joined the Gryffindor Quidditch team? Still fallen for Ginny? Malfoy wouldn’t have bothered him so much without his fame, surely. And would he still have been friends with Ron and Hermione? Harry’s parents certainly knew the Weasleys, at any rate. But either way, we imagine Harry and Neville would’ve both still been in Gryffindor, and hence would’ve become friends through their house. And we simply can’t imagine a world where Harry and Ron don’t befriend each other eventually. And no matter what timeline of events – the defiant Hermione would always team up with Neville to find his lost toad, Trevor. So those friendships may have found a way...

How would Neville have dealt with Harry’s Hogwarts adventures? 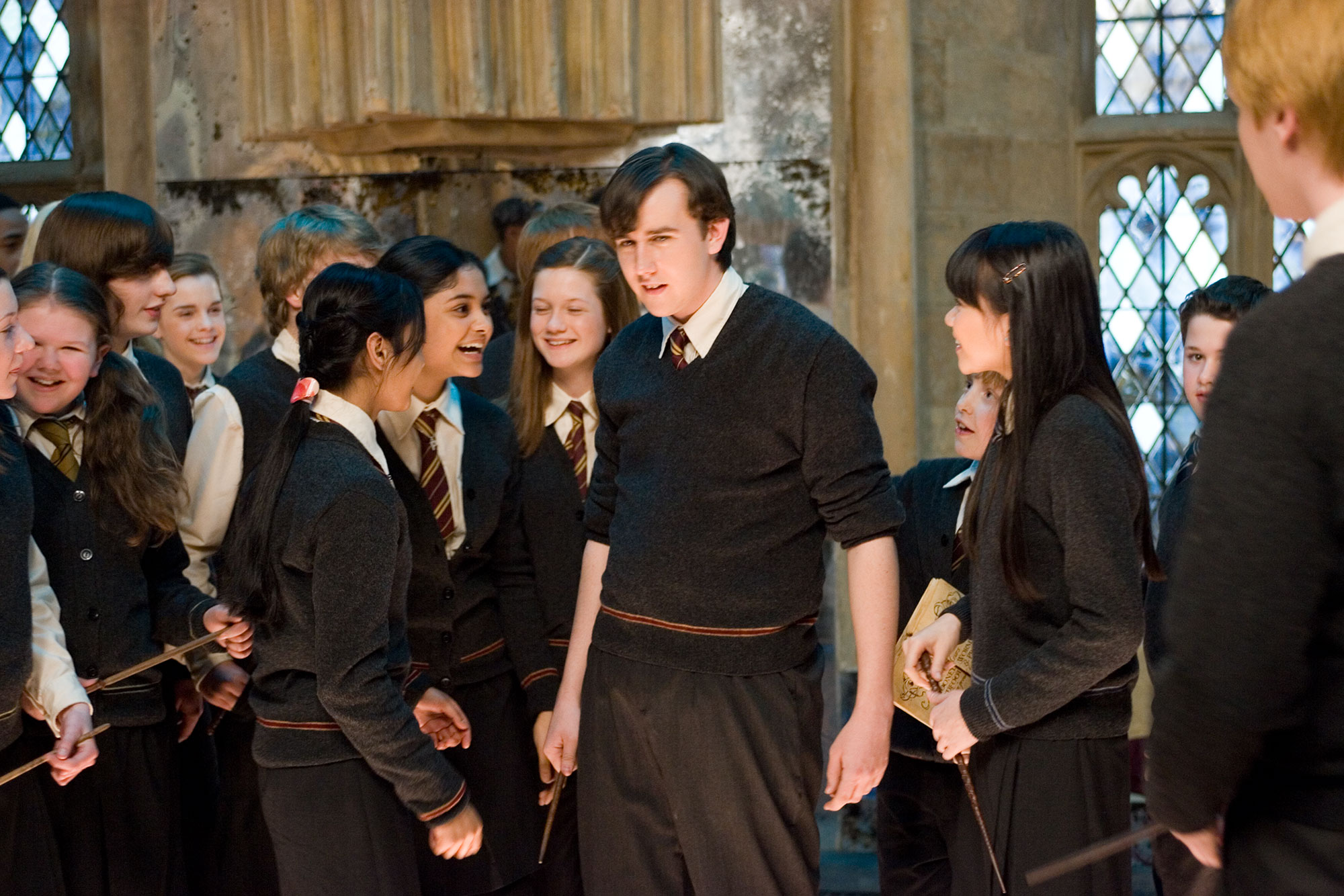 Finding the Philosopher’s Stone... Discovering the mysteries of the Chamber of Secrets... Taking part in the Triwizard Tournament... It's a lot. And in his younger years, lovely Neville was definitely not the first Hogwarts student that leapt to mind when it came to saving the castle from certain peril, or indeed, dodging Hungarian Horntails. He could barely keep Trevor under control, let alone a giant, scaly dragon.

Neville only truly came into his own when Harry, Ron and Hermione started up Dumbledore’s Army in their fifth year. And it’s not likely Harry would’ve started up Dumbledore’s Army if he’d been living a considerably calmer Hogwarts life, not having had to learn extra defensive spells, not having had to grow up far quicker than usual with the looming threat of a Dark wizard on his back. But it’s possible Umbridge would’ve still been around, and some sort of alliance would’ve still been needed. Maybe Hermione, who we can definitely still see being friends with Neville, would’ve started it up with Neville in tow?

In fact, with all of the challenges Harry faced at Hogwarts and beyond, he had his friends (friends like Neville!) to help him. We can only imagine Neville would've got the same support network.

And how would things have ended? 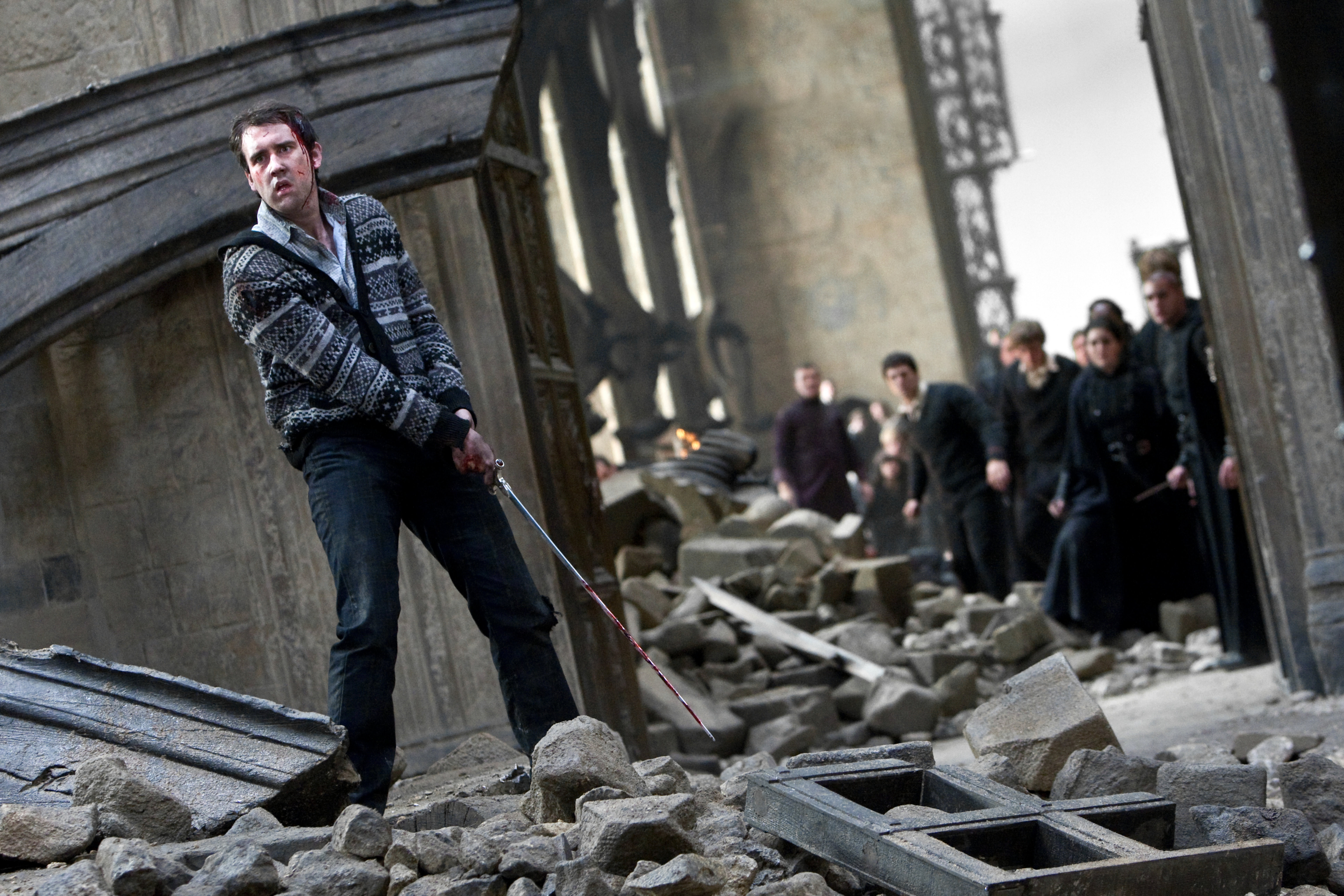 Of course, we’ll never truly know what would have really happened, but never forget the courage that Neville displayed, from a young, nervous first-year trying to stop Harry Potter sneaking around Hogwarts to a war-beaten hero who destroyed one of Lord Voldemort’s most precious Horcruxes. No matter what the prophecy truly meant, Neville would always have a huge part to play in the battle against darkness in the Wizarding World.

A note about Snape

We can’t help but think about how Severus Snape’s life might’ve changed during this altered chain of events, especially as it could’ve resulted in Lily Potter never dying. In our eyes, we can imagine Lily and James would’ve continued to be married happily, and perhaps Snape would’ve simply continued to support Voldemort and never become a double-spy for Dumbledore. After all, his love of Lily and the grief of losing her is very much what shaped Snape’s story. Without that grief driving him on, would Snape really have changed his ways? Maybe that’s a conversation for another day...