Tina and Queenie’s most memorable moments so far

Written byThe Wizarding World Team
Published on May 16th 2021
It’sIt’s fair to say that the Goldstein sisters have had their share of ups and downs. Today we’re taking a look at some of their most memorable moments – from Queenie joining Grindelwald, to Tina defending Credence from his terrible so-called mother…

Yes, we know that Tina was just trying to get her job back. However, her repeated attempts to hand Newt over to MACUSA – and get back in the good graces of President Seraphina Picquery – certainly caused quite a stir. Who can forget the time she presented a case full of pastries to Percival Graves (the head of the Department of Magical Law Enforcement) thinking it was Newt’s? Or the time she interrupted a highly important meeting of wizards from around the world (including the British Minister for Magic) and was arrested. If there’s one thing Tina knew how to do – it was how to make an awkward yet memorable entrance.

Queenie defying the rules and falling for Jacob

One of the best things about Queenie is her compassionate and loving nature – and a silly little law isn’t going to stop her from following her heart. In the American wizarding community of the 1920s, Rappaport's Law still held strong. This meant fraternisation (let alone relationships) between wizards and No-Majs were forbidden. That didn’t stop our Queenie though. The moment she met Jacob there was an undeniable connection and she followed her heart to be with him, despite knowing there would be consequences. Their bond was so strong that when Jacob has his memory erased, they still managed to find their way back to one another.

Tina defending Credence from his mother

This moment may have cost Tina her job, but we still think it was an instance that showed us her strength of character. Tina was not somebody who wanted to rebel against MACUSA. So, the fact she protected Credence from his adoptive mother, which exposed her as a witch, can’t be underestimated – as breaking the law wasn't something she did easily or lightly. Ultimately, it demonstrated that doing the right thing and helping Credence was more important to Tina than keeping the job she loved as an Auror.

Queenie enchanting Jacob and bringing him to London

When Queenie and Jacob turned up at Newt’s door and announced they were getting married in Crimes of Grindelwald, we were thrilled. Though it soon became clear to Newt (and us) that not everything was as it should be. Jacob was not quite himself, and it turned out that Queenie had enchanted him and brought him to Britain, against his wishes, to elope. This moment proved to be pivotal. Jacob’s refusal to marry her, based on the fear of what would happen to her for breaking the law, pushed Queenie to Paris and into the path of Gellert Grindelwald... 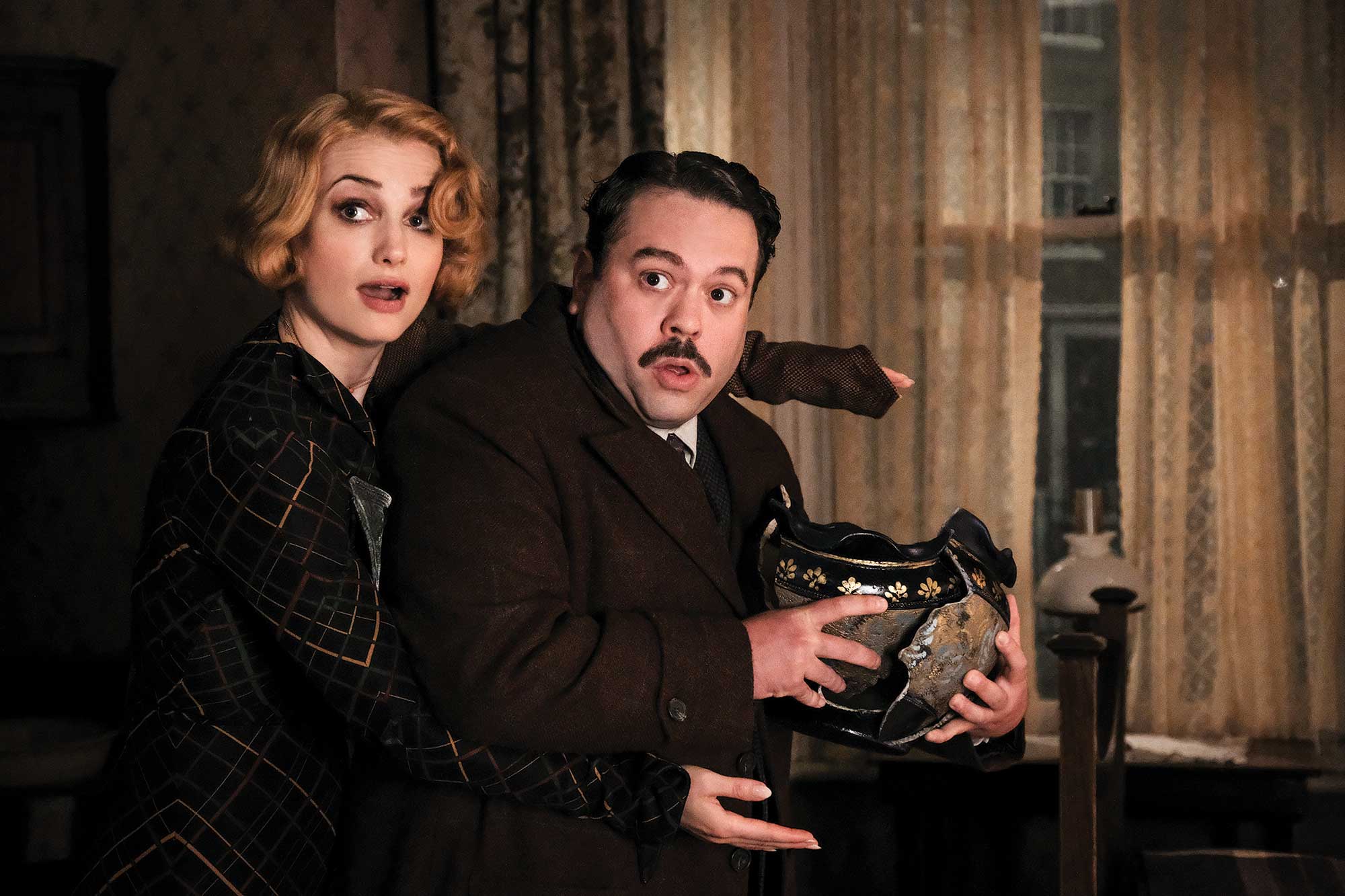 Tina’s experience in the Death Cell

Tina being sentenced to death was a huge moment – but not just because we thought it could spell the end for an important character. The scene in the Death Cell provided an insight into her life and showed us some peculiar new magic. Seeing glimpses of Tina’s past – especially the moment with Credence – helped us to understand her character a little better. But it was the potion that she was going to be lowered into that was really intriguing and terrifying in equal measure. While we all know about the dreadful Killing Curse, a death potion is something that we haven’t come across before. That moment, and the discovery of that bizarre piece of magic, exposed us to the unpleasant underbelly of the American wizarding community and its Ministry.

It seems inexplicable that someone as kind and caring as Queenie would be seduced by Grindelwald’s patter. Yet, it was exactly because of her loving nature that she found herself drawn to his cause. Her desperation to be with Jacob, coupled with Grindelwald’s promise that once the wizarding community no longer had to hide they would be free to love whoever they wanted, proved too tempting to turn down. Nevertheless, watching Queenie walk through the flames to stand by Grindelwald’s side was arguably one of the most shocking and saddest moments of the series so far.