10 times Remus Lupin made us wish he was our teacher

Written byThe Wizarding World Team
Published on Aug 2nd 2020
WeWe always knew there was something special about Lupin when we were invited to his first Defence Against the Dark Arts lesson. Here's just a few reasons why we wish we could've had him as our own teacher. If only to get a free bar of chocolate every now and then!

Although Lupin’s entrance on the Hogwarts Express is not a flashy one, (he’s asleep and “rather shabby looking”), his first actions are very impressive. Not only does he calmly deal with the dreaded Dementors, he gives a traumatised Harry some chocolate because of its healing powers. To quote Madame Pomfrey, “We’ve finally got a Defence Against the Dark Arts teacher who knows his remedies.” Mind you, if we’d been given a Chocolate Frog every time we had a headache at school, instead of a cold compress, we would have never had left the nurse’s room! 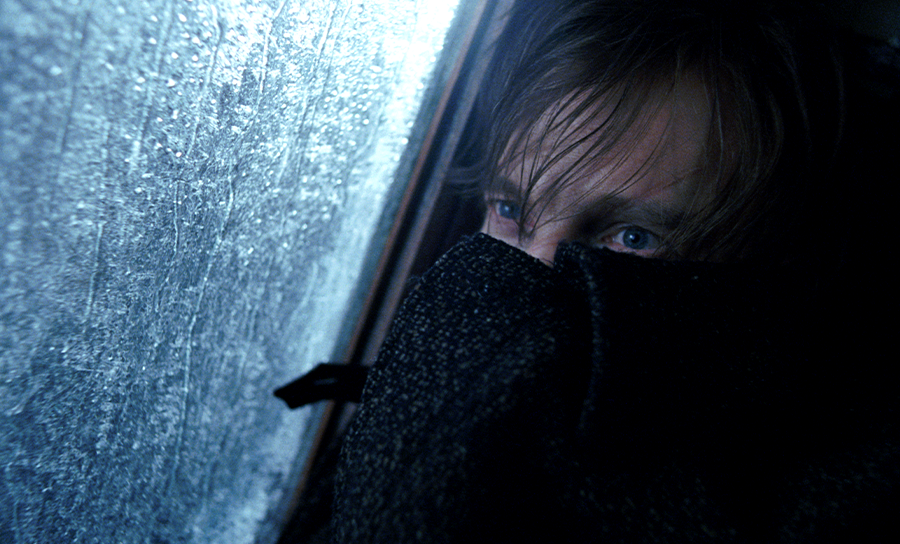 2) When he stuck up for Neville in front of Snape

It’s very rare to see people being nice to Neville because so often he’s the butt of everyone’s jokes or being horrendously tortured by Snape, so we all cheered when Lupin not only defended Neville but praised him after Snape’s casual bullying comments about Neville’s capabilities. There is a great parallel between laughter defeating both Boggarts and bullies - the rebel in Lupin encourages his class to laugh at Boggart Snape, trussed up and stuffed into Mrs Longbottom’s stuffed vulture outfit, taking the sting out of his tail in Neville’s eyes, for a little while at least.

3) When he gave all of us our first, decent, practical DADA lesson!

After Quirrell and Lockhart, it is such a relief to have a teacher who actually knows how to repel dark, magical creatures, and we finally get to meet some of them - the first lesson with the Boggart is so exciting because we get a little peek at everyone’s deepest fears (and mummies, banshees and severed hands are all pretty terrifying), while learning how to combat those fears. No wonder Lupin’s lessons soon become the most popular in the school. All together now...Riddikulus!

4) When he taught Harry how to repel Dementors

Having extra lessons is never much fun but learning something that is literally life-saving definitely beats having to figure out quadratic equations after school. Not only does Lupin make it explicitly clear that Harry’s stomach-churning experience with Dementors is not a weakness when Harry pops in for a cuppa, but his patience during Patronus practice really does save Harry’s life when he sees himself almost succumbing to the Dementor’s kiss across the lake. These extra-curricular classes also lay the groundwork for Harry’s future as the leader of Dumbledore’s Army. Lupin must have been incredibly proud of his former pupil when he heard the news that Harry was following in his footsteps with the DA. 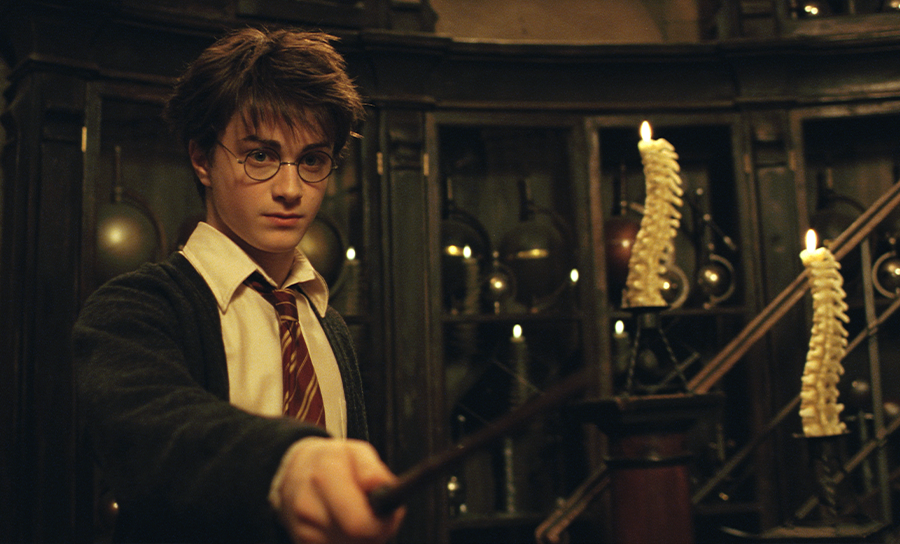 Lupin’s admonishments to Harry are equally as important as his praise. Harry has such a deep respect for his teacher so the moment when Lupin makes Harry squirm by questioning his eagerness to gamble away his parents’ sacrifice has a far greater impact than any telling off by Snape. Poor Harry - disappointing Lupin would be the worst feeling in the world. Even when Sirius and Lupin are reminiscing about James with Harry’s head in the fire, Sirius clearly remembers Lupin’s ability to make him feel ashamed of himself at school. His good opinion clearly carries a lot of weight.

6) When he made an exam into an engaging obstacle course

One of Lupin’s greatest achievements at Hogwarts was making the dreaded end-of-year exam into a fun and thrilling obstacle course, involving battling Grindylows, Hinkypunks and Boggarts, all of which come in very useful for Harry during his next year at Hogwarts during the Triwizard Tournament. The care and effort that Lupin puts into inspiring his pupils at a time that would normally be horribly stressful is worth celebrating as is the fact that it also marks the very memorable occasion when Harry beat Hermione in a test.

This is possibly the only time when Harry is excited to receive books that aren’t about Quidditch. It’s an incredibly useful and thoughtful present from two of the most important men in Harry’s life - not only are the books invaluable to Harry’s teaching DADA but the fact that it’s a present from his own, (favourite) teacher emphasises that Lupin fully supports him in his rebellion against Umbridge and this encouragement spurs Harry on in terms of confidence and teaching ability. When Harry muses about getting a Boggart for the DA to try out their Patronuses, he’s basically just channeling Lupin’s enthusiasm for lesson planning. 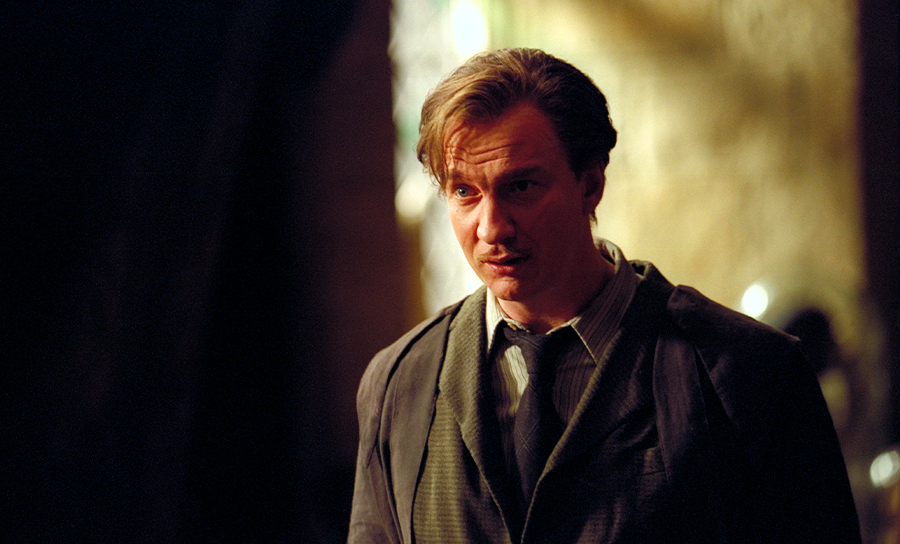 If there is a better lesson from a teacher, you’d be hard pushed to find it! Lupin being so magnanimous about Snape, even professing admiration and gratitude for his Wolfsbane potion is essentially a forerunner to Harry not only forgiving Snape but naming his son after his former enemy. One of Lupin’s strengths is the way he is able to see beyond ideas of good and bad, empathising with others, even trying to understand the actions of the werewolf who bit him. He teaches Harry to always look for the good in people, no matter how hard it is to find.

9) When he almost apologised to Harry on Potterwatch

It takes a big man and an even bigger teacher to admit to their mistakes, especially so publicly. Considering that the search for Horcruxes is THE most dangerous, frightening and isolating thing that Harry, Hermione and Ron undertake, the praise that Lupin - sorry, Romulus - gives Harry over the magical airwaves is a huge turning point. One of the worst moments in The Deathly Hallows (and there are many to choose from) is the argument that breaks out between Harry and Lupin over the unborn Teddy which threatens one of Harry’s last remaining ties to his father. This reconciliation is the boost we all needed.

10) When he asked Harry to be Teddy’s godfather

This tear-jerking moment is such a beautiful, concise way of solidifying all the years of mentoring and friendship between Lupin and Harry. It means so much to Harry (and all of us), because the role of godfather is a big deal. Harry’s own godfather, Sirius, was the closest thing he had to a father because of James’ tragic death. Although they don’t know it, Lupin is carving out a similar father-figure role for Harry, as he will die only a few months later, which makes this exhilarating exchange as bittersweet as they come. The trust and respect that Lupin shows towards his favourite pupil is huge and proves once again that he is one of the best teachers to ever pass through Hogwarts. 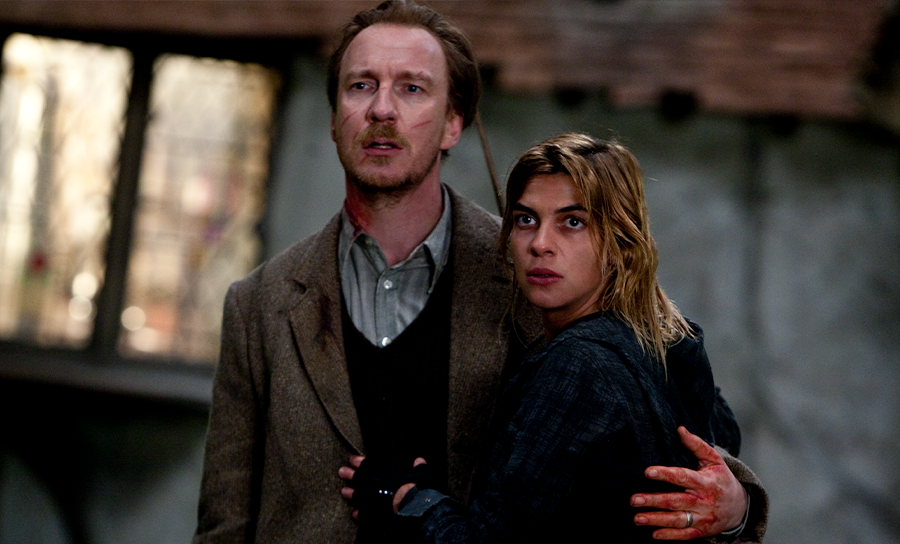