Lessons you can learn from a Slytherin

Written byThe Wizarding World Team
Published on Sep 29th 2022
Slytherin’sSlytherin’s unfortunate propensity for turning out pure-blood obsessed Voldemort supporters with a talent for the Dark Arts has not done much for its reputation – but not every Slytherin is bad, and as a House it actually has a lot to teach us.

Be proud of your abilities 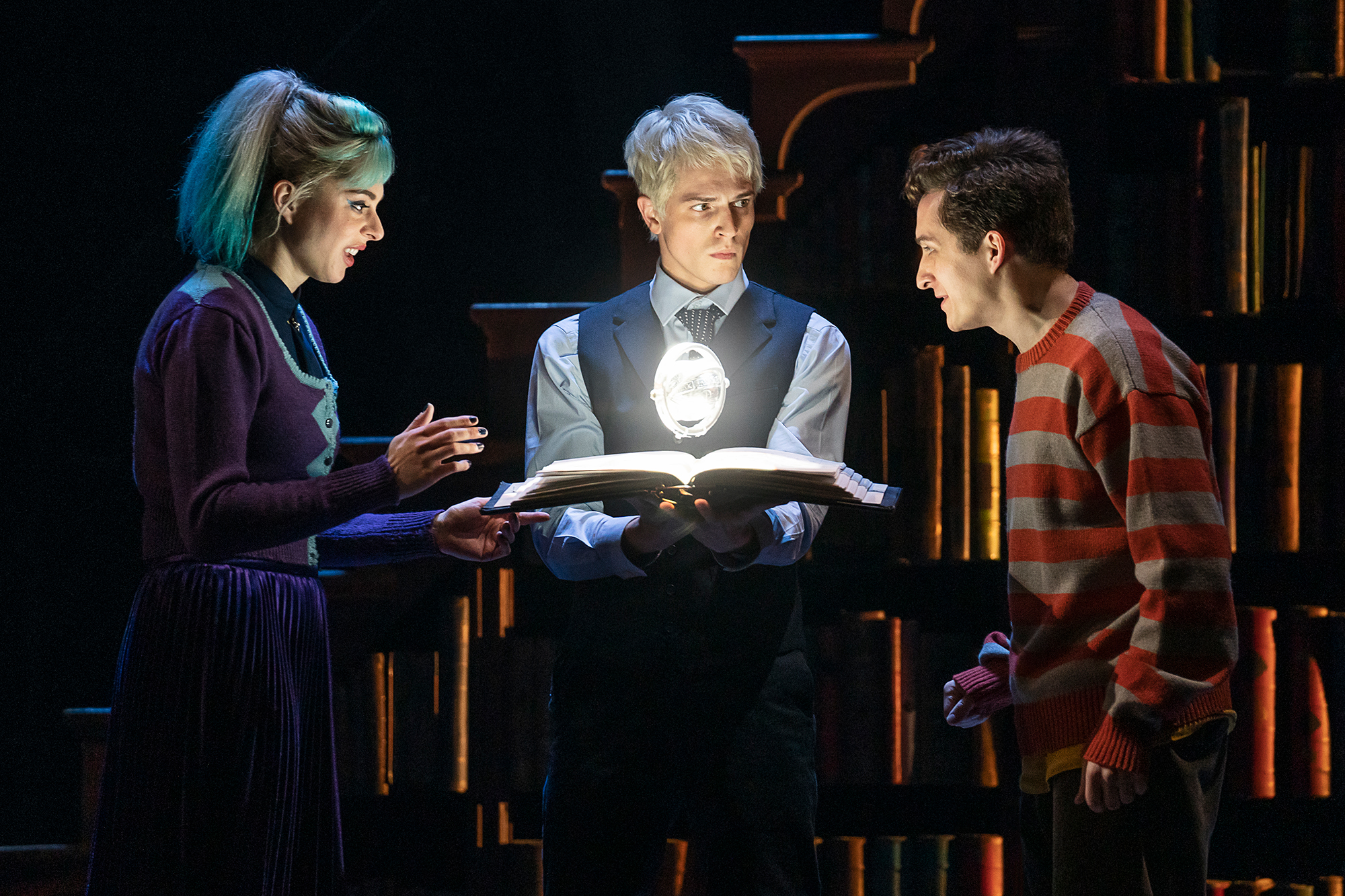 Slytherins are known for being proud, and while in some cases (Draco Malfoy, we’re looking at you) this trait came with a hefty dose of overbearing haughtiness, there is, of course, nothing wrong with being proud of yourself.

After all, knowing you are good at what you do – like Snape, who was such an accomplished Occlumens he was able to double-cross Voldemort himself; or Leta Lestrange, who managed to fool Grindelwald and destroy his powerful skull hookah; or Scorpius Malfoy, who was unafraid to express his love of learning – creates a sense of confidence, which is never a bad thing.

But remember: sometimes, pride comes before a fall 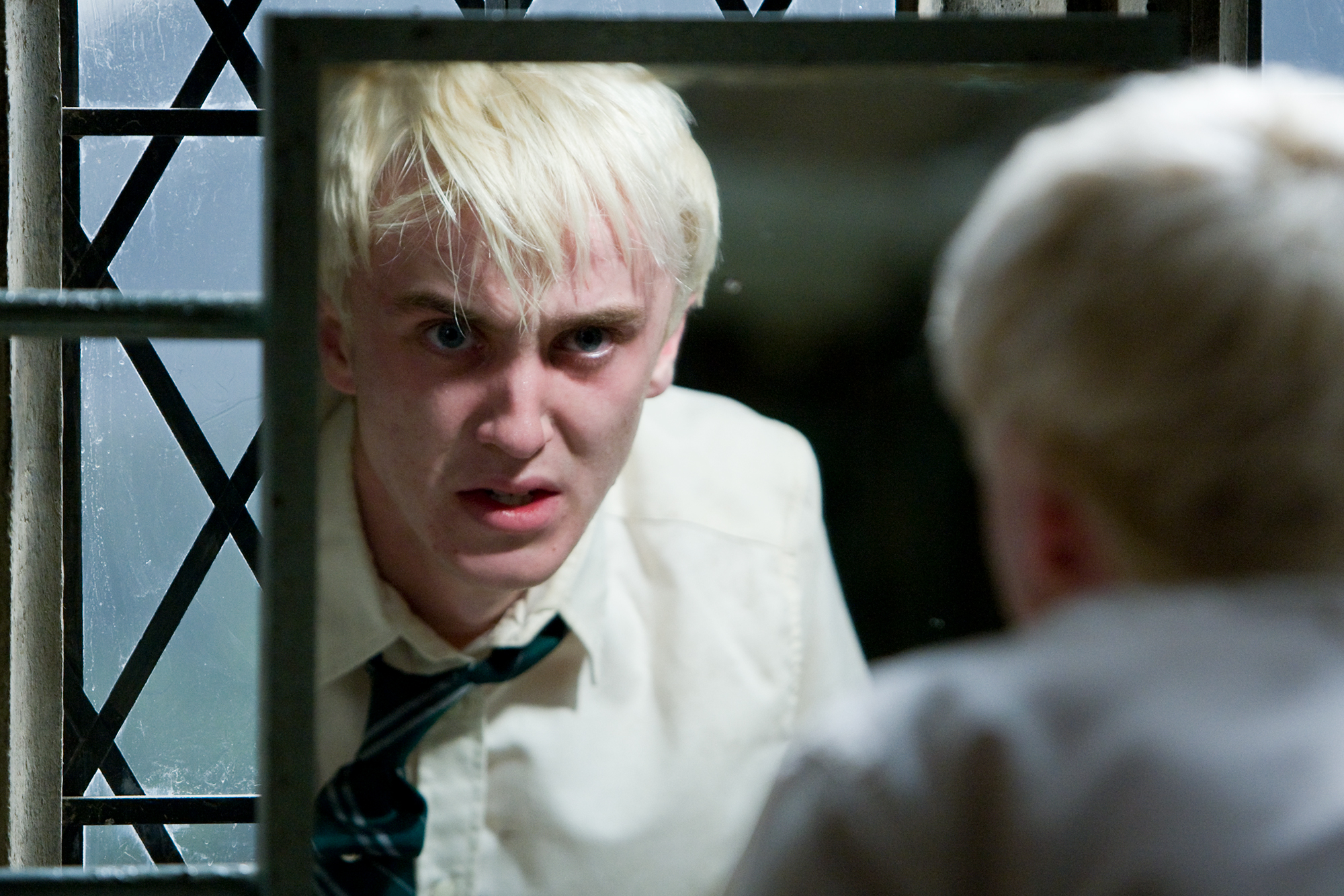 Yes, we just said confidence is never a bad thing, but there is such a thing as over-confidence. Draco’s a perfect example. For most of his Hogwarts career, the privileges afforded to him as the only son of a wealthy pure-blood family meant he never faced serious consequences. Buying his way on to the Slytherin Quidditch team, pretending to be a Dementor in order to scare Harry, feigning injury just to get Hagrid’s Hippogriff Buckbeak killed – Draco acted without fear of reprisal. This became even more pronounced during Professor Umbridge’s time at Hogwarts, when Draco and his friends were given free rein to express their meanest impulses.

But everything changed in Draco’s sixth year. With the father he wanted so desperately to impress in Azkaban and an impossible task ahead of him, his confidence was finally shaken. What Voldemort asked of Draco was the biggest consequence of all: to kill Dumbledore, and so make up for his father’s failures. No wonder he was crying in Moaning Myrtle’s bathroom. He was finally being tested, and when it came down to it, he couldn’t do what was asked of him.

The fall of the Malfoys was pretty spectacular, and the result was a chastened Draco who ultimately moved away from his parents’ pure-blood ideology. Which goes to show, you never know what’s round the corner.

Being cunning can be a very useful skill 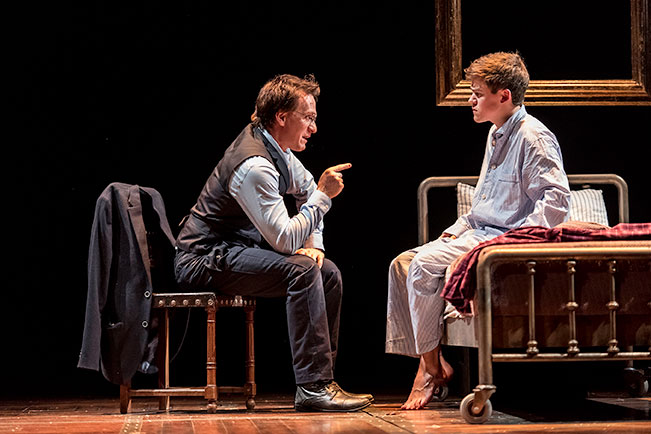 Certain Slytherins used their talent for cunning in particularly devious ways. Voldemort was obviously master of this. Even when he was just plain old Tom Riddle, he fooled enough Hogwarts teachers to become a Prefect, managed to get Hagrid expelled, and charmed Slughorn into telling him about Horcruxes.

Years later, Harry’s son Albus also demonstrated that being cunning didn’t automatically equal being evil. His decision to turn back time was motivated by a desire to bring Cedric Diggory back. OK, it was misguided and yes, it created havoc, but he didn’t do it for negative reasons. And Albus’s cunning did help him achieve his aims. There aren’t many students who’d use Polyjuice Potion to impersonate Ministry of Magic employees, after all. Although, hang on… maybe that’s not an exclusively Slytherin thing?

You never know what’s going on in somebody’s life 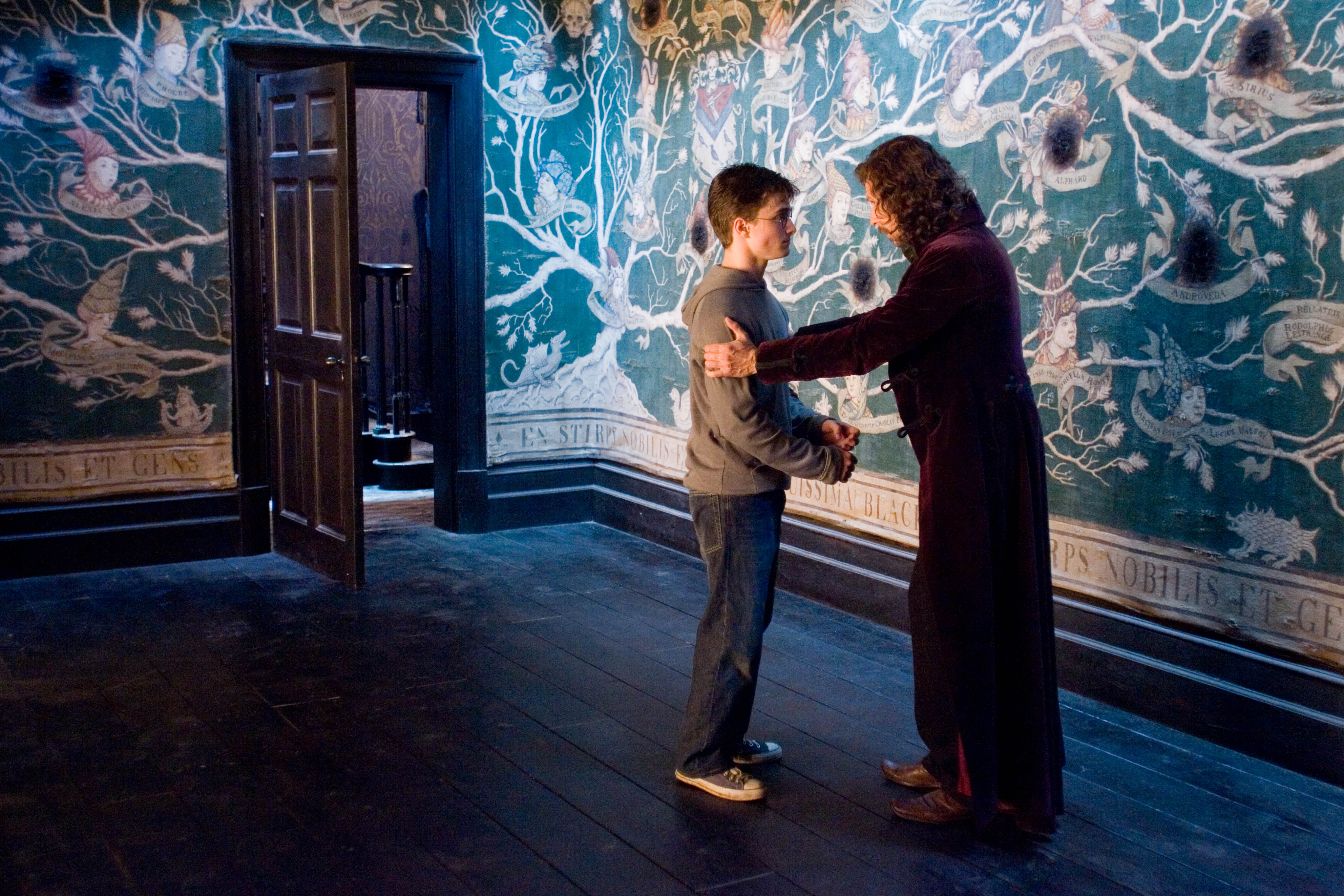 Much like Sirius’s brother Regulus, who also grew up in a pure-blood obsessed family, Draco Malfoy’s name meant everything to him, and he was desperate to prove himself.

Family dynamics play a big part in any child’s development, and while an unhappy home life is never an excuse to become an arrogant bully, understanding Draco’s background does put his behaviour in context.

When it comes to Regulus, you could say that if Sirius was strong enough to reject his parents’ ideology, Regulus should have been too. But family relationships can be tricky, and perhaps Sirius’s desertion made things even more difficult for Regulus. After all, Albus Potter didn’t group up in a pure-blood obsessed family, but he too was always desperate to prove himself to his father. Perhaps that’s what Slytherin pride is – a thirst to prove yourself that the Sorting Hat also identified in Harry.

All of which is to say: people are the products of their environment. Which doesn’t mean unhappy people should be able to act without impunity, but perhaps it is worth taking the time to understand where they come from.

It’s never too late to do the right thing 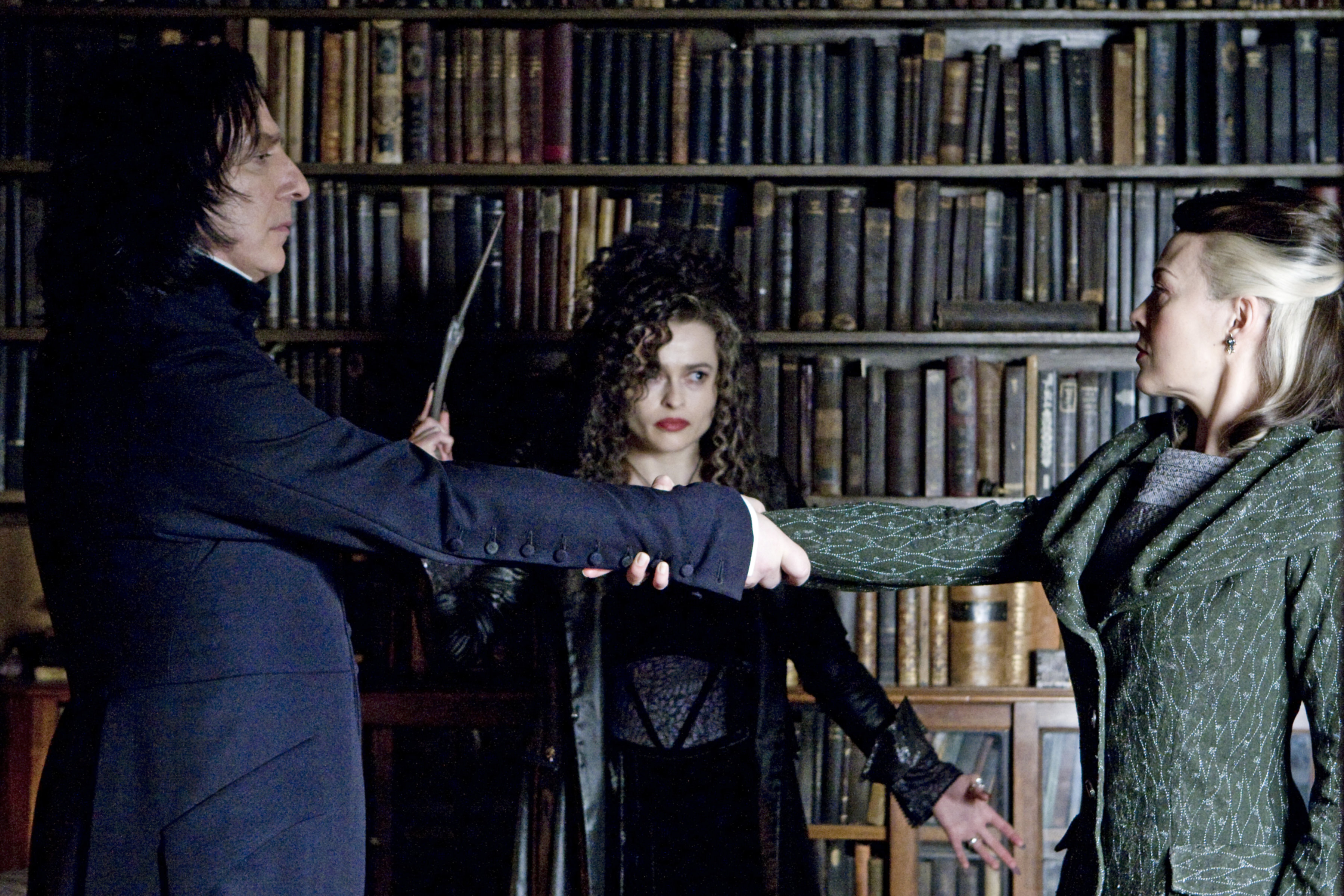 If Slytherin’s students are the products of their environment, you might expect them all to become masters of the Dark Arts. After all, their founder was a pure-blood obsessive who deserted the school he helped create because he didn’t want to admit Muggle-borns.

But very few of the Slytherins mentioned here took that path. With the obvious exception of Voldemort himself, they each had a moment where they could have chosen a different outcome. When Snape agreed to help protect Harry, when Regulus decided to steal Voldemort’s Horcrux, when Draco refused to confirm that Harry’s identify to his aunt Bellatrix – however they did it, they all rejected Voldemort in the end.