Everything you need to know about the Yule Ball

Written byThe Wizarding World Team
Published on Nov 10th 2022
TheThe Yule Ball occurs in Harry Potter and the Goblet of Fire – and is rather eventful! This fabulous and festive night of dancing is a Triwizard Tournament tradition, so here's a handy guide all about it.

Yep, on the 25th December at 8pm is when the Yule Ball took place during the hosting of the Triwizard Tournament at Hogwarts. So, plenty of time to unwrap presents before getting your gladrags on.

Dress robes must be worn!

The dress code for the Yule Ball is smart, meaning the Hogwarts students had to turn up in dress robes, or some more...traditional ones... in the case of poor Ron. Dress robes can take many forms: in the book, Harry’s are sleek and green, while Ron’s are quite frilly.

This is how Ginny managed to snag an invite via Neville. Although she was dismayed when there was a chance she could’ve actually gone with Harry, for a moment. For a school that dabbles in magic, not even the most gifted of witches and wizards can play it cool when asking someone along as a date to the ball. Apart from maybe Fred Weasley.

The Triwizard champions start the dancing, albeit sometimes reluctantly 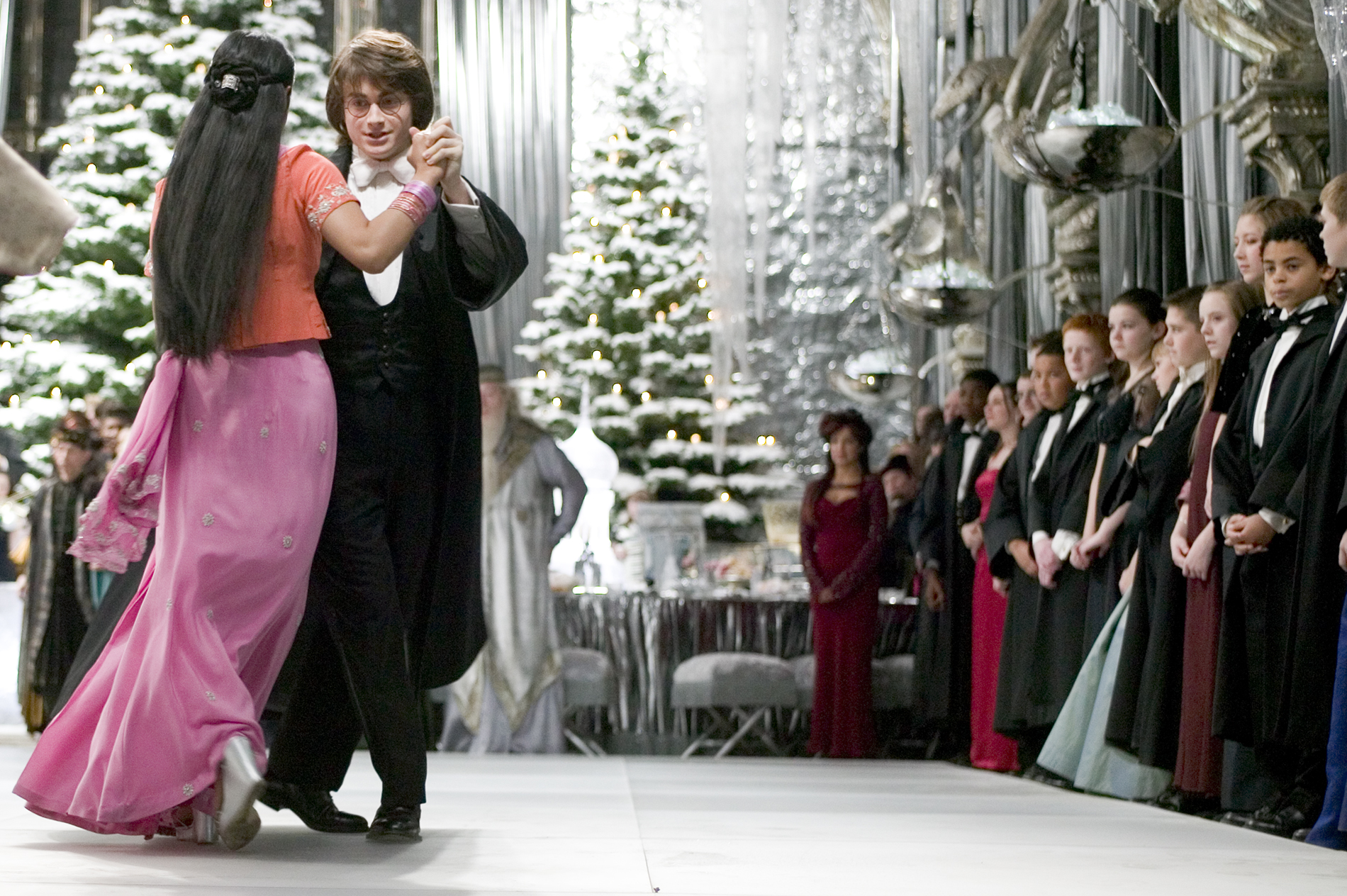 The Triwizard Tournament is held together by the three schools’ representing Champions (or two, in the case of Hogwarts…) and they traditionally start the dance, as a bride or groom may at a wedding. Although we don’t think Harry quite enjoyed it much.

There is musical entertainment

The Yule Ball is our first proper look at music culture in the wizarding world, with popular rock band The Weird Sisters leading proceedings here. This band is super popular in the time of Harry’s tenure at Hogwarts – Ginny even has a poster of them on her wall.

Hogwarts was transformed for the occasion

Hogwarts’ Great Hall was given a makeover for the Yule Ball. While the outskirts of Hogwarts were transformed into a grotto-like space with fairy lights and real live fairies in the rose bushes, the Great Hall itself was immersed in festive frost.

The walls of the Hall had all been covered in sparkling silver frost, with hundreds of garlands of mistletoe and ivy crossing the starry black ceiling. The house tables had vanished; instead, there were about a hundred smaller, lantern-lit ones, each seating about a dozen people.
Harry Potter and the Goblet of Fire

None of the couples who attended the Yule Ball stayed together, as far as we know…

Despite this most festive and romantic of settings, most of the couples attending the Yule Ball didn’t last the tests of time.

Quick recap: Harry attended the Yule Ball with Parvati, while Ron attended with her sister, Padma. Hermione went with Viktor Krum, Ginny and Neville went together, while Draco attended with Pansy Parkinson. Seamus and Lavender Brown were paired up, while Beauxbaton’s Champion Fleur attended with a gobsmacked Ravenclaw student, Roger Davies. Fred Weasley and Angelina Johnson went together, and of course, Cedric Diggory attended with Harry’s then-crush, Cho Chang. Hagrid and Madame Maxime were also in attendance, dancing together, although they later fell into an argument.

So, if we tally up – Harry ended up with Ginny, Ron with Hermione, and of course Fleur married Ron’s brother, Bill. We know Draco went on to marry Astoria Greengrass in Harry Potter and the Cursed Child, and J.K. Rowling has spoken in the past about Hagrid, and how he never married.

Cedric tragically passed away at the end of Goblet of Fire – much to Cho’s despair, and we lost Fred during the Battle of Hogwarts. However, Angelina Johnson went on to marry Fred’s twin, George, with the couple going on to have two children – one named after Fred. 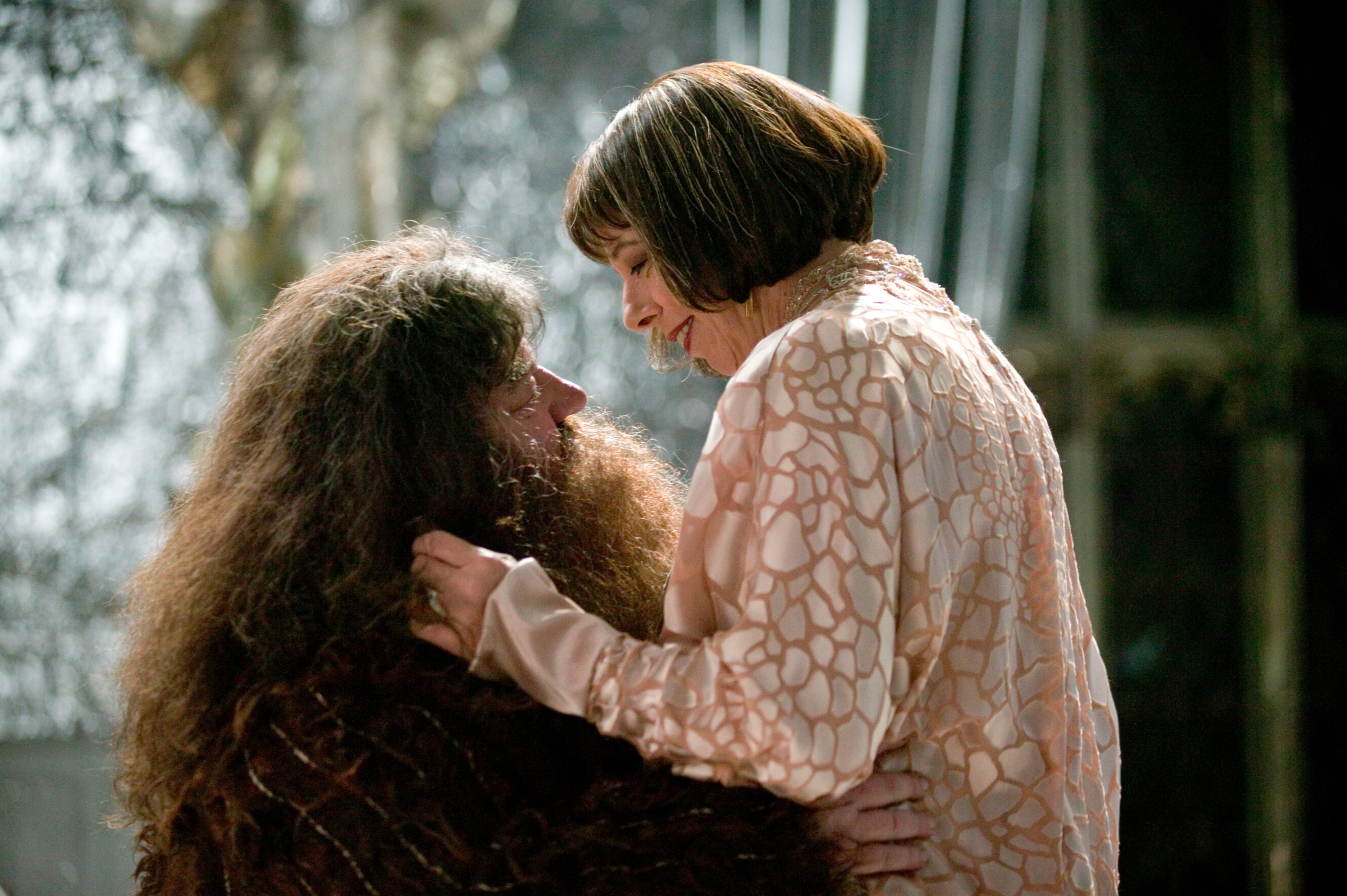 Although Ron and Hermione didn’t attend the ball together (despite a truly botched attempt from Ron, starting with, “hey, you’re a girl...”) their future romance was foreshadowed during this event, with the two friends descending into a blazing row at the end of the party. Ron’s glowing jealousy of Viktor Krum was easy enough to see, and this damning retort from Hermione might’ve been the first time Ron realised what he was missing…

‘Well, if you don’t like it, you know what the solution is, don’t you?’ yelled Hermione; her hair was coming down out of its elegant bun now, and her face was screwed up in anger. ‘Oh yeah?’ Ron yelled back. ‘What’s that?’ ‘Next time there’s a ball, ask me before someone else does, and not as a last resort!’
Harry Potter and the Goblet of Fire