For James Potter, we’ve picked a moment we didn’t actually get to see, as sadly he didn’t get much time with his son, Harry. But we heard about this adorable dad moment in a letter Lily Potter wrote to Harry’s godfather, Sirius Black. Here’s when Harry saw the enclosed photograph:

'A black-haired baby was zooming in and out of the picture on a tiny broom, roaring with laughter, and a pair of legs that must have belonged to James were chasing after him.'

We’re so glad that Harry found this carefree photograph of himself and his dad – especially as it showed an early shared love of Quidditch. A special shout-out should also go to Sirius Black whilst we’re talking about Harry. Sirius was a real father figure for the Boy Who Lived – and it’s lovely to read in Lily’s letter that Sirius bought this baby broomstick for Harry, just like he bought him his Firebolt in Harry Potter and the Prisoner of Azkaban.

There are plenty of amazing examples of Arthur Weasley being a wizarding dad to be proud of, from hilariously asking the twins whether his flying car went alright, to standing up to Lucius Malfoy in Flourish and Blotts. But we’ve chosen a more emotional moment – one that shows the power of this father’s love, even when his son, Percy, had made an awful lot of mistakes:

Mr Weasley blinked rather rapidly, then he, too, hurried to hug his son.'

This reunion came in Harry Potter and the Deathly Hallows, when Percy finally saw the error of his ways at the Ministry. Of all the family, we think Mr Weasley probably suffered the most when it came to Percy’s betrayal. It must have been so difficult for Arthur having to see Percy every day at the Ministry of Magic, and have his own son ignore him. The power of forgiveness really was demonstrated by this hug between father and son. 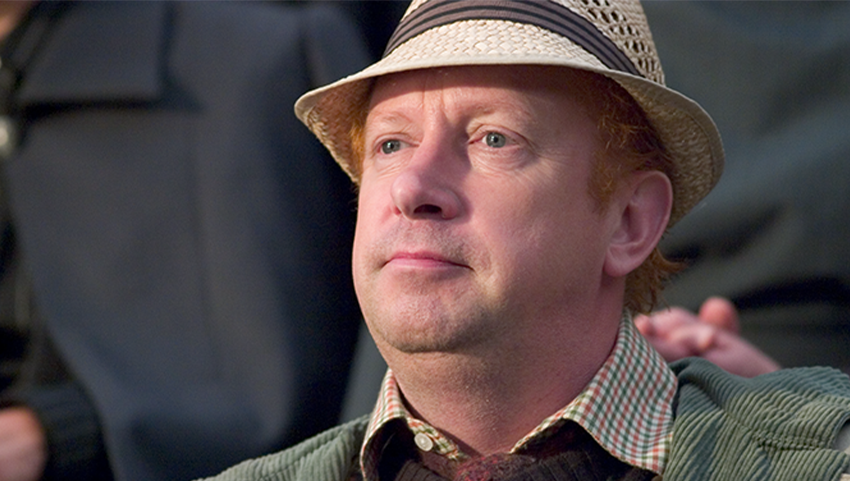 Xenophilius Lovegood might have been an unconventional dad, but the bond between him and his daughter, Luna was strong and beautiful. We loved this moment at Bill and Fleur’s wedding in Deathly Hallows (when you read it, you have to picture them wearing their matching bright yellow outfits!):

“Bidding the wizard farewell, he turned to his daughter, who held up her finger and said, ‘Daddy, look – one of the gnomes actually bit me!’

As we said, unconventional but very loving, Xenophilius and Luna really understood each other. And when it came down to saving his daughter later on in Deathly Hallows, there was nothing Xenophilius wouldn’t do to get Luna back – even betray the Chosen One. 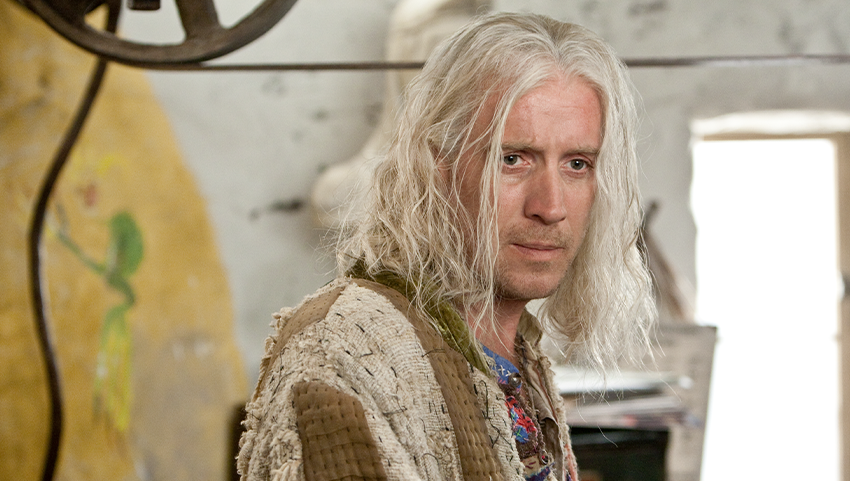 Cedric might have been a shining example of a humble Hufflepuff, but Amos wasn’t at all shy about telling everyone just how wonderful his son was. Here’s how it went down when Amos met Harry in Harry Potter and the Goblet of Fire, and the subject of that Gryffindor vs Hufflepuff Quidditch match came up:

‘Yes, but you didn’t fall off, did you?’ roared Amos genially, slapping his son on his back. ‘Always modest, our Ced, always the gentleman ... but the best man won, I’m sure Harry’d say the same, wouldn’t you, eh? One falls off his broom, one stays on, you don’t need to be a genius to tell which one’s the better flier!”

It was a little embarrassing for Cedric, but we loved the moment this father was bursting with pride at his son out-flying the famous Harry Potter.

Like James Potter, Lupin didn’t get long with his son, Teddy but we wanted to shine a light on a lovely dad moment of Lupin’s, not long after Tonks gave birth to their son:

“I can’t stay long, I must get back,’ said Lupin, beaming around at them all: he looked years younger than Harry had ever seen him. ‘Thank you, thank you, Bill.’

Bill had soon filled all of their goblets; they stood and raised them high in a toast.

‘To Teddy Remus Lupin,’ said Lupin, ‘a great wizard in the making!”

Lupin had been extremely worried about Tonks’ pregnancy, given he was a werewolf – so it’s no wonder he stayed at Shell Cottage to toast his son in celebration. And we’re sure anyone, whether they’ve been a new parent or not, can relate to Lupin’s unbridled joy at the birth of his child. Heart-warming, or what? 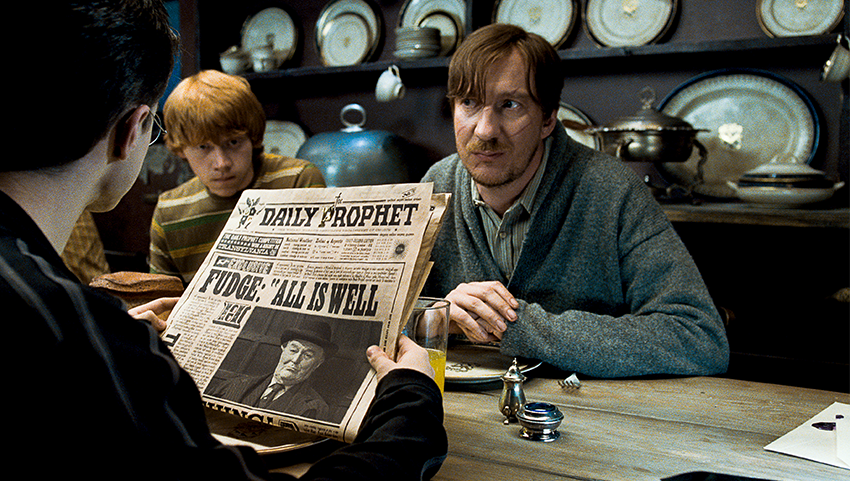 In the final chapter of Deathly Hallows, we got a glimpse of Harry Potter, the father. And he had some particularly sage advice for his son, Albus, who was worrying that he’d be sorted into Slytherin:

‘– then Slytherin house will have gained an excellent student, won’t it? It doesn’t matter to us, Al. But if it matters to you, you’ll be able to choose Gryffindor over Slytherin. The Sorting Hat takes your choice into account.’

Seeing the worry about being sorted into Slytherin in Harry’s son was a really special moment – something shared across time and generations. We loved that Harry could help Albus as he boarded the Hogwarts Express, in a way his own parents weren’t able to, and share this piece of wisdom from his own Hogwarts journey. It really is enough to bring a tear to anyone’s eye!