Written byThe Wizarding World Team
Published on Jun 2nd 2021
WizardingWizarding World fans: get ready for a shopping spree in one of the most magical cities in the world. Harry Potter New York is a new, ground-breaking store - now officially open. Read on to learn more about it and get a first look inside!

Wizards and witches may have Diagon Alley, but we now have Harry Potter New York – a new, three-storey retail experience that houses the largest collection of Harry Potter and Fantastic Beasts products under one roof. From photo opportunities to upcoming virtual reality experiences, here’s just a peek at what to expect. 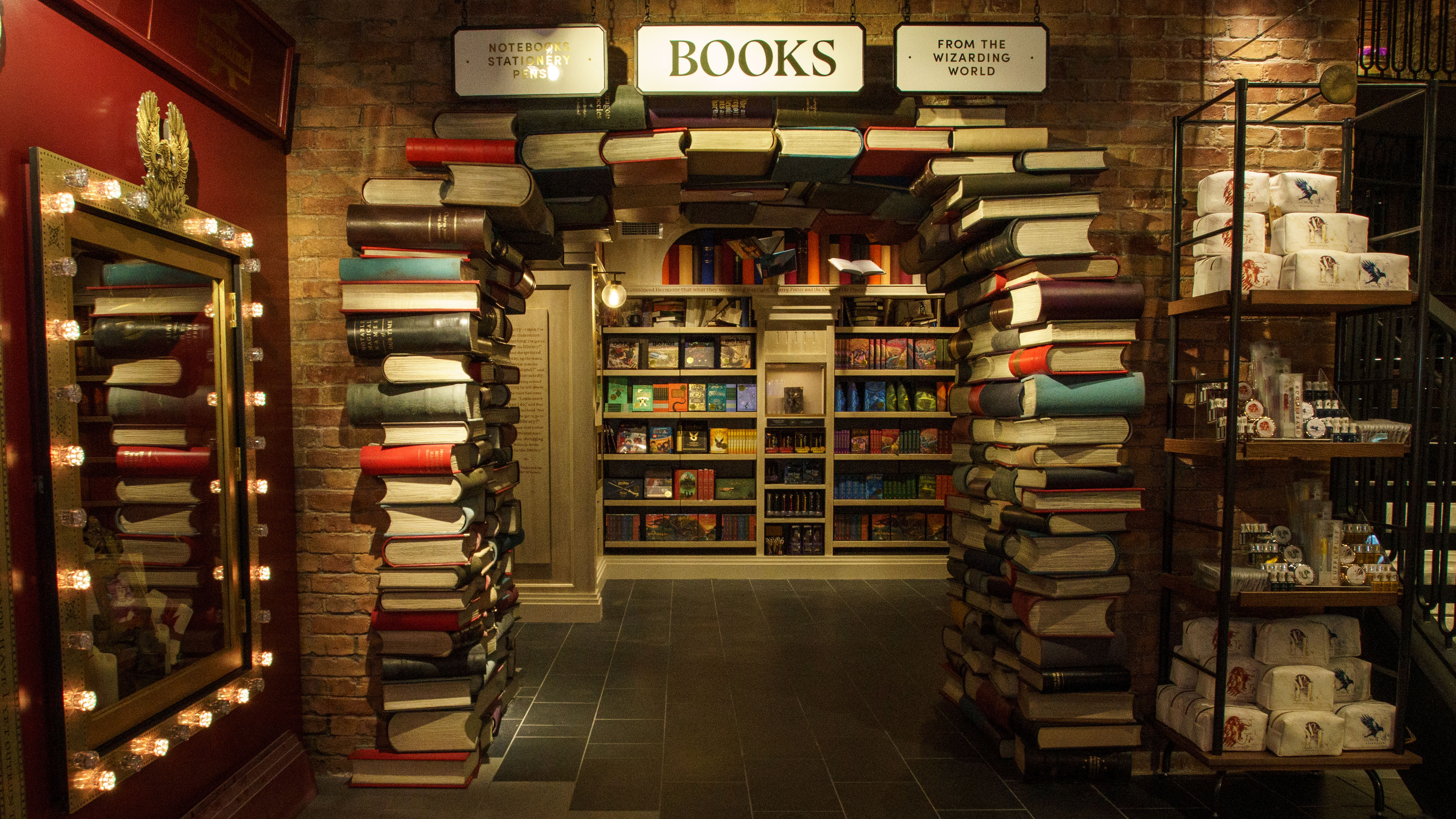 Located at 935 Broadway, next to the iconic landmark, the Flatiron building, Harry Potter New York is so much more than a normal shopping experience, offering 15 different themed areas, exclusive products and interactive elements, all celebrating different facets of the wizarding world. 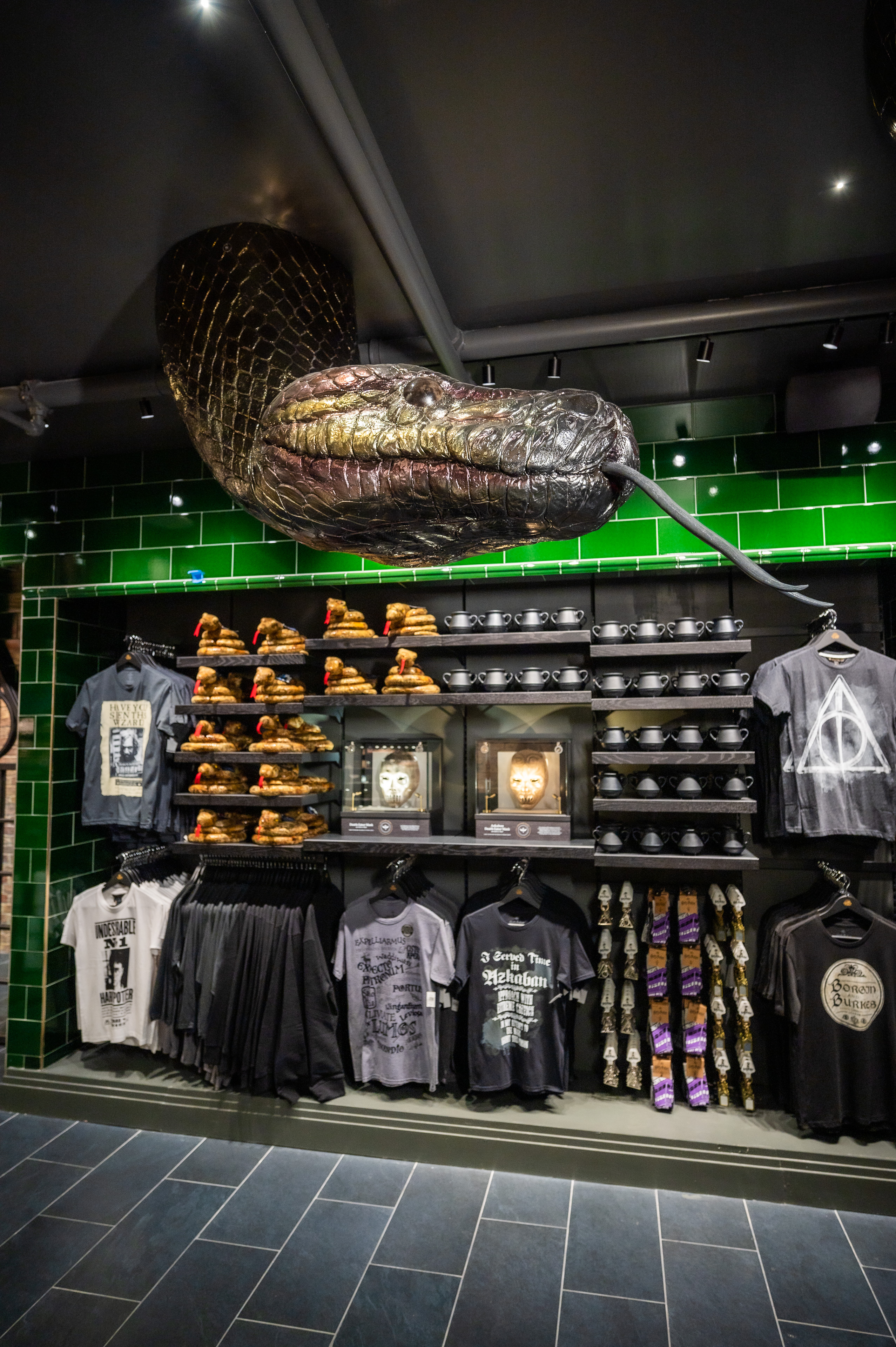 Upon entering Harry Potter New York, visitors will be greeted with a huge, floating model of Fawkes the phoenix, created especially for this new store. Created by a team of specialist propmakers over a number of months, Fawkes weighs over 100kg and is just one of several meticulously detailed homages you can expect to see. In fact, the shop will be home to hundreds of Wizarding World props, with some authentic items featured in the films on display.

Due to the many glorious details showcased in the store, fans will find several photo opportunities to try out on each storey, from a Ministry of Magic London-style phone box to an extremely immersive setting where you get to pose inside one of Hagrid’s boots! We’re sure you’ve never had that photo opportunity before.

Beyond that, Harry Potter New York even plans to delve into the realms of virtual reality, with special immersive experiences set to be introduced to the store later in the summer. Soon, fans can expect to try out two sensory VR adventures, the first called Chaos at Hogwarts, which invites customers to step inside the beloved castle, and the second called Wizards Take Flight, where fans will be gifted with the feeling of flying on a broom across the skies of London. Watch out for more updates on this upcoming feature later in the summer, once the store has opened! 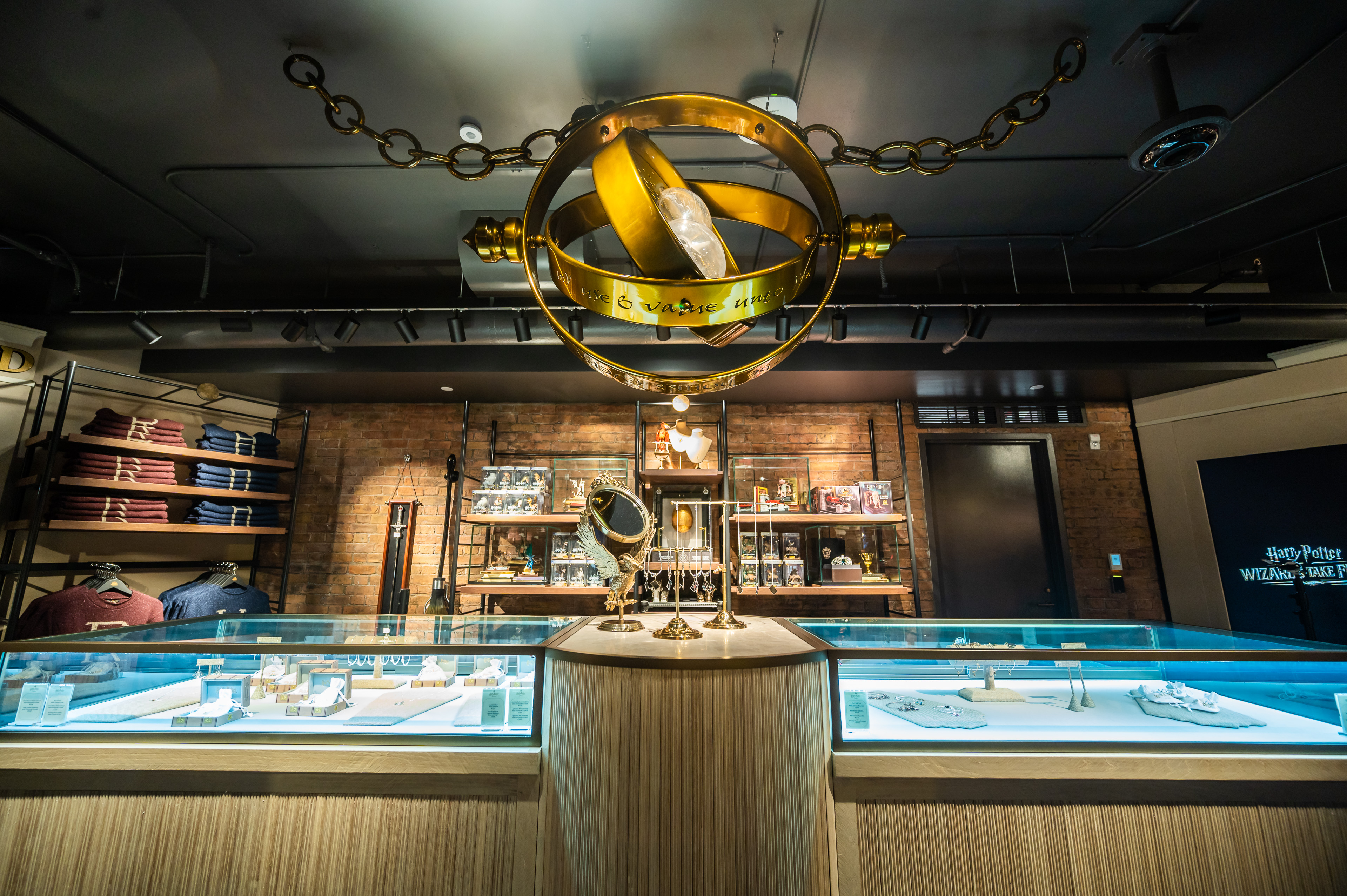 The interactivity doesn’t end there. Members of our very own Harry Potter Fan Club who have our official app will be able to unlock extra surprises as they explore. Simply look out for our Enchanted Keys, which can be scanned in your app to bring up extra details about the store and your surroundings and learn a few behind-the-scenes snippets alongside your shopping experience. These keys have been precariously placed around the store – so keep a watchful eye.

No rock has been left unturned when it comes to the breadth of detail within Harry Potter New York, with every inch steeped in magical nuances and fan favourite moments from the stories. For example, fans can test out their wand of choice at an interactive wand table, just like Harry did at Ollivander’s. The store even has its very own Wand Shop, which is host to over 50 wands, inspired by the characters, locations and props within the Wizarding World. This includes wands you won’t have seen anywhere else – such as the Golden Snitch Wand, especially created for Harry Potter New York. 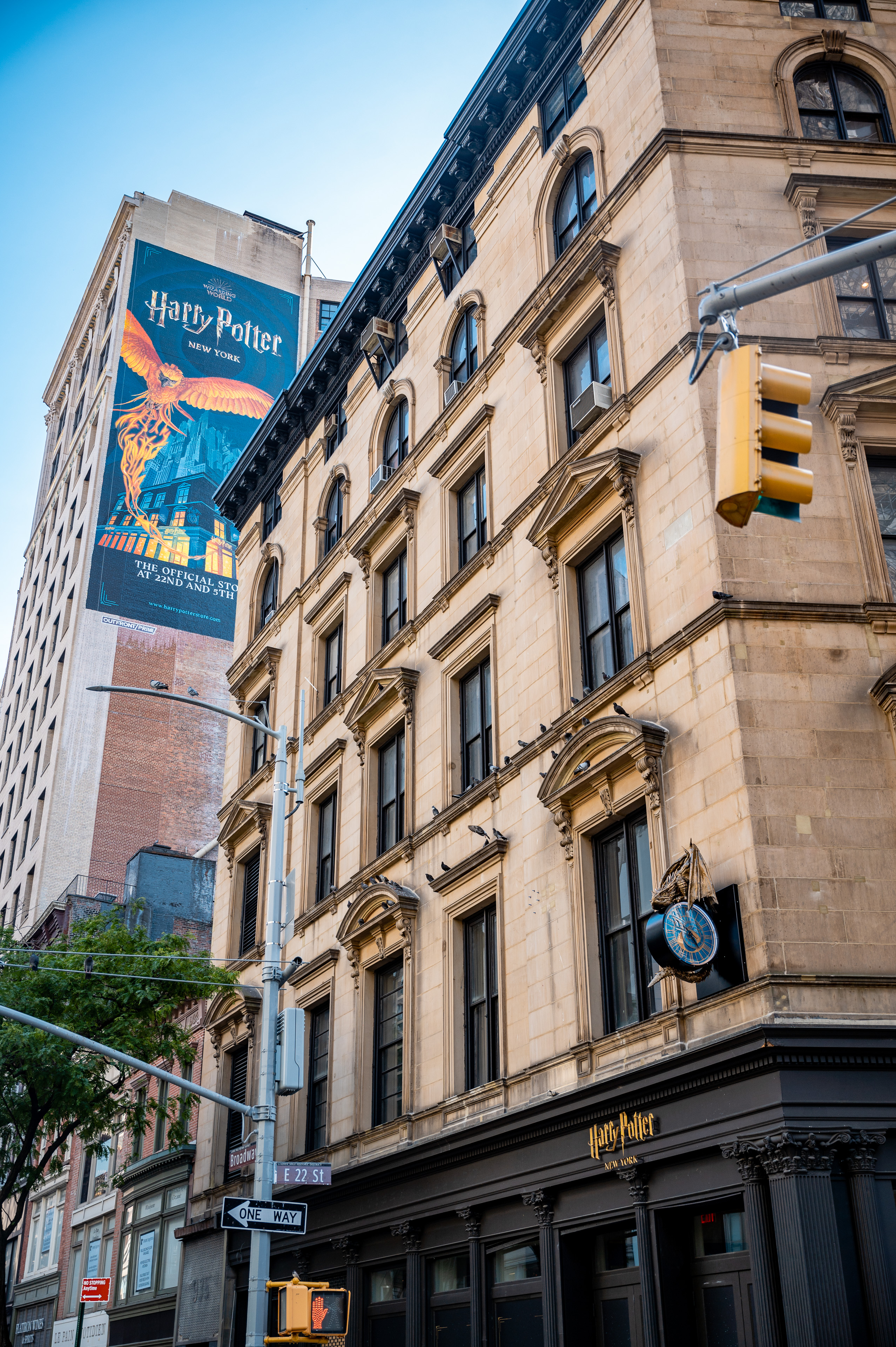 Even the products that fans can buy in the store have been made extra-special, with a Personalisation Area also being introduced. Here, shoppers can browse a selection of unique products, as well as get their name added to a number of selected items, such as having it engraved on a wand, embroidered on a Hogwarts house robe or embossed on a journal.

Harry Potter New York is set to be a store of many firsts. For example, this will be the first time US fans can visit the House of MinaLima, home of the graphic designers that created the iconic props you see in the Harry Potter and Fantastic Beasts films. An area of the store will be specially dedicated to MinaLima’s graphic art creations, that range from Daily Prophet and Quibbler covers to Harry’s very own Hogwarts acceptance letter. You can learn more about MinaLima at their official website.

The sheer breadth of Harry Potter and Fantastic Beasts items on display means every type of wizarding world fan will find something special for them here, alongside taking part in a number of other unique experiences. We look forward to seeing what you all think! 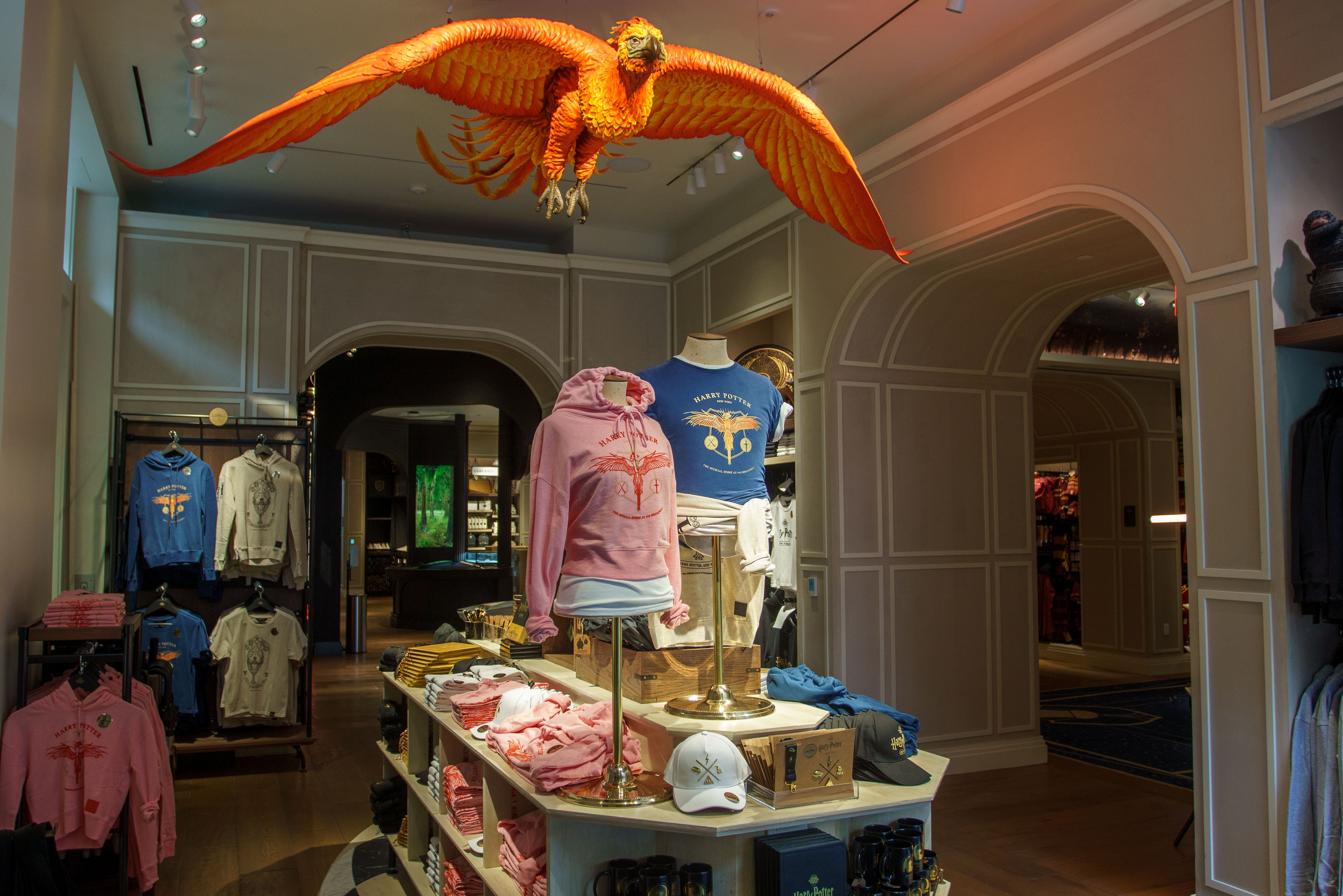